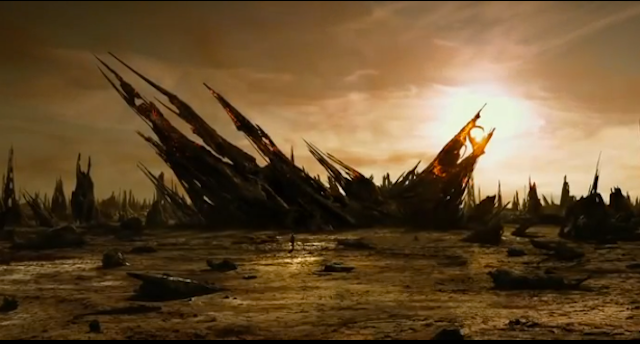 After writing that Obama is feckless and unwilling to stand up to Muslim dictators hellbent on harming America, he proceeds to call the 44th President "a dictator" who "acts as if the Constitution were just for show."

Card adds that Obama is "funding the Christian-killing Muslim Brotherhood in Egypt" while also comparing the nation's first black president to George Wallace, Alabama's former governor and an avowed segregationist.

While Card wrote this rambling and bellicose post in May, the media picked up on it Thursday. Card already provoked the ire of millions with his public opposition to gay marriage, prompting distributor Summit Entertainment to issue a statement in support of gay couples everywhere and planning to make the film's premiere into an LGBT benefit.

But Summit has declined to comment on Card’s latest and greatest, and though the post provokes many questions — Does he want his movie to fail? Does he know what a dictator is? – the one most pertinent to Hollywood is this: What can Summit do?

It can’t tell Card to be quiet, soiling his beloved First Amendment rights. A company responsible for making commercial art with plenty of violence and sex is no position to silence anyone.

It can’t stand behind Card, for then it publicly supports a man who has espoused homophobic and borderline racist beliefs.

It can’t ignore Card because he won’t keep his mouth shut and he’s got a few more months before the movie opens to yap some more.

If Card has a backend deal, Summit could conceivably buy him out and leak it, making a public showing of gaining some distance from his views. But that could be costly, or backfire by drawing more attention to his views.

Or perhaps Card’s antics will reinforce the maxim that all publicity is good publicity. But thus far, the response has been uniformly negative.

Ardent supporters of gay marriage have already begun an online petition to boycott the November release, and Card’s timing is poor — now that more than half the country and the Supreme Court have aided the cause.

Though this latest post does not attack a particular group of people – at least not in America — it may alienate the 51 percent of the electorate that voted for Obama and anyone else who respects the highest office in the land.

During a panel at Comic-Con, the film’s creative team said that they hoped the gay marriage scandal would be an opportunity to promote empathy and inclusion. Though they did not criticize Card, they painted a very clear line between where he stood and where they stood. They also asked that everyone focus on the movie.

There's no way for Summit to turn Card's latest comments into an 'opportunity,' but perhaps Summit can try a similar magic trick again – praise the book, tout its movie and distance itself completely from its creator.