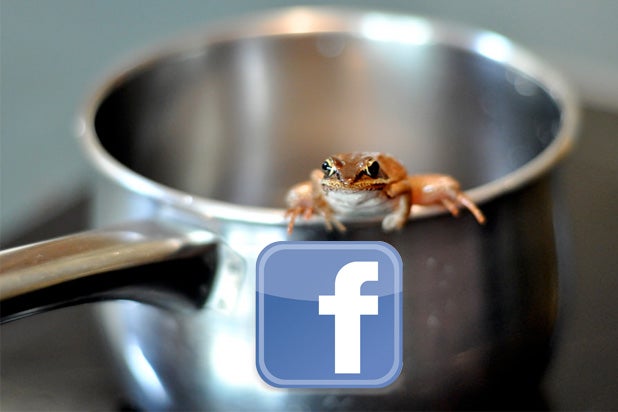 How do you boil a frog? Slowly. And in Facebook’s case, 14 months is the time it took to get the pot of water boiling, with publishers sitting inside.

The branded content industry is on fire, estimated to be growing at 35 percent year over year and is a major digital growth strategy for premium publishers. The challenge is that branded content revenue growth has been higher than organic audience growth. To make up the difference, publishers heavily rely on paid distribution to deliver the reach marketers expect — and guess what? It’s mostly with Facebook.

Having been so closely aligned with publishers for several years now, our team at Polar took a closer look and discovered that Facebook’s ad revenue growth has largely been at the expense of publishers.

The social media giant has also been incredibly successful at monetizing brands and influencers alike. A few weeks ago, we published a 20-page white paper examining the history of Facebook’s monetization strategy. Here’s a brief teaser into what we discovered about Facebook’s activity over the past 14 months:

Q4 2016: Social marketing agencies and platforms start to notice a decline in organic reach on Facebook. Any post tagged with the handshake tool has essentially dropped to zero. This is exactly what happened to brands in late 2013.

Also Read: Facebook Is in the Hot Seat From Both Dems and GOP on Russian Ads

Q1 2017: When a brand is tagged with the handshake tool, they get to see all of the performance data for the post, including how much the publisher paid Facebook to boost it. Initially buyers did not understand where to find this data, so Facebook’s account management team was directed to train and educate buyers on where to see the data. The net result? Buyers now question publishers on their massive margins and downward price pressure on publishers intensifies.

Q3 2017: Facebook announces that a brand tagged under the handshake tool can now boost the post directly with paid spending, using the publisher or influencer’s handle. The publisher margin will be cut to zero.

Facebook’s most recent announcement to allow brands to boost publisher posts they are tagged in has fundamentally changed the game.

The water is now rapidly boiling and by next year, publishers will start to see the fallout from buyers reducing their direct spend on branded content and reallocating the distribution budgets directly to Facebook.

Given the complexities of the digital advertising ecosystem, it may take some time for the shakeout to fully surface. At any rate, premium publishers should start thinking about alternative strategies to grow their branded content business, ones that relies less heavily on Facebook.

View In Gallery
BIO Kunal Gupta
Kunal Gupta is the founder and CEO of Polar, where he leads a talented team transforming the media publishing industry with technology. He is passionate about leadership and finding focus in a modern era. He runs a leadership blog at medium.com/find-focus.

Kunal Gupta is the founder and CEO of Polar, where he leads a talented team transforming the media publishing industry with technology. He is passionate about leadership and finding focus in a modern era. He runs a leadership blog at medium.com/find-focus.