Garcelle Beauvais says she knew what to expect during her second season on “The Real Housewives of Beverly Hills” — especially after filming her first reunion last July, which she described as “toxic” and “negative.”

“Showing up the first season was really an eye-opener for me being on it,” the actress/host told TheWrap’s Lawrence Yee ahead of the Season 11 premiere. “And then the second season, I just thought, alright, I’m ready. I know what it’s about. I know how to play it.”

She admits her first season ended on a down note. The castmates reunited virtually to rehash the drama from the show and the fallout from what aired. For Beauvais, it was a 13-hour ordeal.

“It literally took me two days to shake off the reunion,” she recalled. “It was so toxic, it was so negative. And it’s hard. It’s real.” 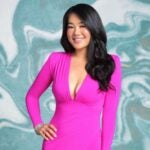 During the reunion, castmate Kyle Richards accused Beauvais of not following through with a charity donation (Beauvais said the matter “fell through the cracks” and did end up paying). She also saw Lisa Rinna lead a dogpile on her close friend Denise Richards. (Richards chose not to return to the show after the reunion.)

Beauvais confronts Rinna, whom she formerly considered a friend, about her behavior towards Denise Richards in Wednesday’s premiere. “I had to have some uncomfortable conversation with people. With [Lisa] Rinna as well as Kyle,” she told TheWrap. “But that’s par for the course, right?”

One thing Beauvais says she can never prepare for is watching back scenes that filmed months ago, her castmates’ responses, and the fans’ reaction to it in real-time. “It’s one thing to shoot the show,” she explained. “It’s another thing to watch it when a world weighing in when you actually find out what the women are really saying about you.”

In fact, that’s the one piece of advice she gave to Crystal Kung Minkoff, who joins the show as this season’s freshman.

Still, Beauvais knows having the platform, especially as the show’s only Black housewife and the mother of Black sons, is important as American continues to undergo its racial reckoning following the police murder of George Floyd and others.

“I was really happy that ‘Housewives’ allowed us to have those conversations too, because we are shooting a reality show. And if we didn’t address those issues, then it’s like, we’re not really shooting reality, because it’s happening in real-time,” Beauvais explained, although she admits those conversations about race are different than the ones she has as a co-host on “The Real.”

“We’re all women of color on this show,” Beauvais said of the daytime talk show, which she co-hosts with Adrienne Houghton, Loni Love, and Jeannie Mai Jenkins. “Even though we’re all women of color, we still get a different perspective from each and every one of us. And I think that’s how we’ve been able to help our community because that we can talk about it because we’ve lived it.

“On ‘The Real,’ it’s an ongoing thing,” she continued. “How do we do better? How do we teach our friends to do better? How to have these uncomfortable conversations because you want your friend to do better? And I think those things are going to be ongoing forever, honestly, until there’s a big shift, which I haven’t seen yet.”

Watch TheWrap’s full interview with Garcelle Beauvais above. “The Real Housewives of Beverly Hills” premieres tonight on Bravo, and you can catch her daily on “The Real” by checking your local listings.