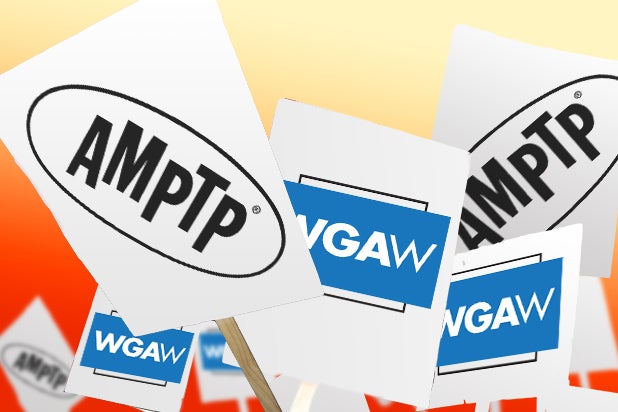 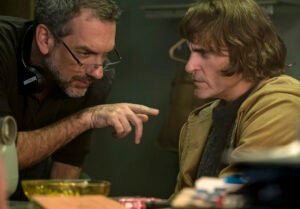 Director Todd Phillips on Making ‘Joker': Art Is ‘Meant to Be Complicated’

How Hollywood’s Guilds Are Bracing for Crucial Negotiations in 2020

Next year’s master contract talks will be critical for the future of streaming. SAG-AFTRA and WGA believe they’re going into them with a lot of leverage

Despite much-publicized criticisms of their leadership, Gabrielle Carteris and David A. Goodman are still standing as the respective presidents of SAG-AFTRA and the Writers Guild of America after a contentious election period wrapped up last month.

Both say their guilds are more than ready to stand together ahead of talks that could shape the future of Hollywood’s multiple streaming services.

In the first half of 2020, the Alliance of Motion Picture and Television Producers (AMPTP) will sit down with all three of Hollywood’s major guilds and iron out new film and television contracts. The timing of these talks is particularly critical because they come as multiple companies prepare to launch new streaming services, all of which are relying on the production of exclusive content to sell to potential subscribers.

For WGA members, those talks also are critical to protecting residuals and profit participant payments, both of which writers fear are being threatened by an increase push by studios — particularly Disney — who want to pay writers a larger sum up front in exchange for a smaller back-end deal or removing them entirely.

“The Companies are looking actively to ‘buy us out’ up front, so they don’t have to share profits with us, and they don’t have to pay us for re-use,” warned “Power” showrunner Courtney Kemp in her campaign statement for a seat on the WGA board. “And they will never have to tell us the truth about the value of our content. They will own your intellectual property outright and forever.”

But while everyone in the guild agrees that the 2020 talks are vital, those talks only heightened the dispute between Goodman and guild president challenger Phyllis Nagy over whether the WGA should continue its ongoing campaign against Hollywood talent agencies to eliminate packaging fees. With no progress at the negotiating table between the guild and the Association of Talent Agents (ATA), Goodman and his team decided to take a new approach: Take the top agencies to court and have a judge rule that studios paying a fee to agencies for packaging talent is a violation of agents’ fiduciary duty on the grounds that they are an illegal payment from an employer to an employee’s representative.

Meanwhile, the WGA would work around the ATA by negotiating with smaller agencies on an individual basis on terms that would, after a certain time period, result in those agencies dropping packaging fees and return to receiving a 10% commission from writers. But Nagy and her opposition slate in the election argued that the dispute with the agencies needed to end ASAP, both because writers needed their agents to find work and because the guild needed the agencies on their side in the AMPTP talks.

“If we enter the 2020 talks with the Companies without having resolved our action against the agencies, most of us will not be in a strong enough position to weather a potentially long and difficult strike to preserve our residuals,” Nagy said in a post on her campaign website last month.

It’s an argument that the ATA has made in defense of packaging fees, and one that Goodman told TheWrap is not backed up by how the last several rounds of talks have played out.

“I’ve been in four of these negotiations, and not once have the agencies shown such concern for us,” he said. “And the notion that we don’t have the resources to deal with both the agency and studio issues is totally untrue. We can walk and chew gum at the same time.”

The overwhelming majority of WGA members agreed with Goodman. Despite the strong challenge from Nagy and her slate, Goodman received 77% of the vote in the biggest voter turnout in WGA election history. Not only does Goodman see it as an approval of the stand the guild is taking against the agencies, he also believes that the headlines and discussion that the election made in Hollywood will ultimately benefit the guild in the long run.

“Whenever we begin talks with the studios, one of the most important parts of the process is getting the members up to speed. The election has already done much of that work for us,” he said. “We have a very engaged membership right now that understands what we are doing with both the agencies and the AMPTP, and having that strong, unified front is going to send a big message going into any talks we make.”

Ivy Kagan Bierman, an attorney specializing in entertainment labor law, agreed that getting thousands of writers to not only terminate their representation at agencies over packaging fees but also to show their support of the guild’s campaign in an election vote will give studios pause, and noted that WGA is also showing other signs that they are using everything at their disposal to defend writer pay.

“I’m starting to see more WGA residuals claims, and I think that has to do, in part, with the fact that the WGA  got the writers to terminate their agents who didn’t sign the Code of Conduct, and the upcoming industry-wide WGA negotiations,” Bierman told TheWrap. “The WGA made a very adversarial move against the agencies, and I think they needed to follow that up by showing their members that they’re going to use the trust placed in them to do everything to put more money in their pockets.  I also think the WGA wants to put the writers in a better financial position in the event of a strike.”

As for SAG-AFTRA, Gabrielle Carteris is heading into 2020 after a summer of highs and lows. She led the guild in negotiating a new bargaining agreement with Netflix, which as a streaming company is not a part of the AMPTP talks. The actors’ guild also secured a renewal of its wide-reaching commercials contract.

Also Read: Inside the Business of Nostalgia: How Studios and Brands Bank on Past Hits

But at the same time, Carteris has faced complaints from the guild’s Membership First caucus, which failed to unseat her via a challenge from actor Matthew Modine but increased its presence on the guild’s national board. Membership First, which has not been in control of SAG-AFTRA since 2009, has criticized Carteris for not being transparent to members in contract negotiations and not being stringent enough in its handling of sexual harassment claims filed against members. The election was also met with both sides accusing each other of violating labor laws regarding election conduct.

While Carteris acknowledged in a phone interview with TheWrap that this election was heated, she echoed Goodman’s belief that the headlines such an election has created in the industry can have the positive side effect of getting members engaged and prepared to stand together in solidarity.

“We just finished our wages & working conditions meetings and have heard thousands of members discuss their interests and concerns, and from that we have put our package together,” she said.

While Carteris declined to discuss specifics of that package, she did note that making a deal with Netflix will likely make AMPTP talks in 2020 different than in years past. The general trend is that the first guild that enters talks sets a loose framework for the talks with the other guilds as the terms agreed to there are taken into account. The Directors Guild of America, which traditionally has been viewed as having the most streamlined negotiating process, may be the ones that AMPTP calls first next year.

But by making a deal with Netflix that improves residuals for their members, SAG-AFTRA may have set those terms for all three guilds a year in advance.

“With Netflix, we showed that it is possible to make a contract that both serves the performer and the company and reflects what changes are happening in the industry.” Carteris said. “And now everything is moving quicker. We have engaged with our members a lot earlier in the process than we did previously, and we’ve brought them with us into meaningful discussions with industry representatives. All this work has helped us build a package of proposals that I believe will move us forward next year.”

And of course, having those Netflix and commercials contracts can help lessen the blow of a potential actors strike if the talks work out, as thousands of jobs will still be available even as the guild pickets the legacy studios. Such a strike would also be a blow to plans by those studios to grow the subscriber count of Disney+, NBCUniversal’s Peacock, and WarnerMedia’s streaming service, as Netflix would be free to continue making shows while the original series those new services need to attract early adopters are put on pause unless the studios have contingency plans in place.

Such a strike would be a blow to the whole industry. A nightmare scenario of both actors and writers striking would leave Hollywood in complete disarray. But as the Writers Guild has shown, it’s going to take a lot to break down this town’s unions.

“We know who we’re going up against. These are huge companies with big pockets that aren’t going to roll over on anything,” Goodman said. “But our writers have shown they won’t either, because they know the worth of their work.”

Shows like ”Prison Break,“ ”Breaking Bad“ and ”Friday Night Lights“ were just a few of the shows that saw a shortened season due to the 100-day strike