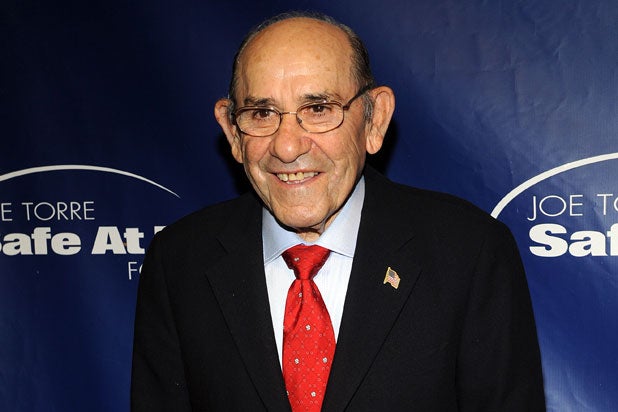 Yankees Hall of Famer catcher Yogi Berra was memorialized and buried this past week in his hometown of Montclair, New Jersey. In baseball circles he is most famous for earning 10 World Series rings — more than any other player — and three Most Valuable Player awards.

In American culture, however, he has become beloved for his Yogisms. Referencing his relationship to God, Yogi once claimed: “There is no fork in the road on that journey, and that life ain’t never over.” In my own life, I have often used his other well-quoted line, “It ain’t over until it’s over.” This has come in handy when following my favorite baseball team, the Washington Nationals. I ended up repeating it just a little too often this past year with bad results.

Many people have asked me this week if I ever encountered Berra. They know that I love baseball, and even directed a successful film about Detroit Tigers slugger Hank Greenberg, and they are wondering if I have a story to tell – and sure enough, I do.

In 2000, just before “The Life and Times of Hank Greenberg” opened in New York City, we had a special press screening at the wonderful Yogi Berra Museum in Montclair. I was very excited to be there, especially since Ted Williams was brought up from Florida to attend the screening and generate buzz in the press. Williams could not have been more effusive when talking about Hank Greenberg and the film, which made for great copy on the sports pages. They had played against each other during baseball’s Golden Era and really admired one another. (Williams can be seen talking about Greenberg on the DVD of the film.)

Sure enough, Yogi Berra and his wife Carmen also attended. So there I am, sitting near a legend and just hoping that once the film is over I will receive a quotable comment that I can use forever. Berra’s wife gets up and expresses to me how much she liked the film. Then Berra turns to me, rubs his tuches and says, “That seat was hard.” Nothing more.

So yes, I showed Berra the documentary that took me 13 years to make on Greenberg and wished for a great line. And all I got was that the seat, which his own museum supplied him, was “too hard.” Be careful for what you wish for.