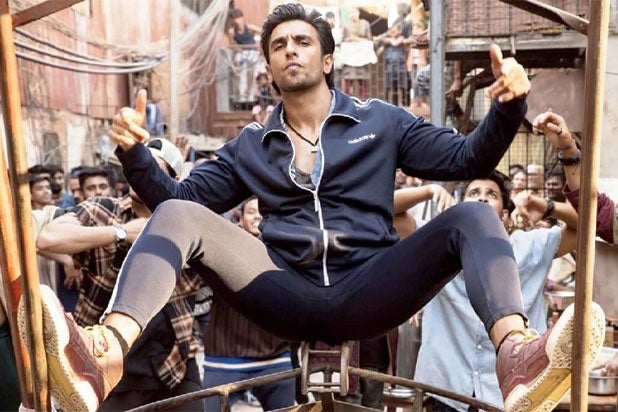 A version of this story about “Gully Boy” first appeared in the International Film issue of TheWrap’s Oscar magazine.

Zoya Akhtar’s film “Gully Boy” is set in a poor neighborhood in Mumbai, where a young man pushes against class expectations and family pressure as he tries to launch a career as a rapper.

Akhtar discussed how he approached the project, which is India’s entry in the Oscars’ Best International Feature Film category.

This film is routinely described as an Indian version of “8 Mile.” Were you thinking of that when you made it?
I’m a huge fan of Eminem and “8 Mile,” but no, I wasn’t thinking about that. I’ve always been interested in American hip-hop, but I had no idea that there was an underground scene happening in my own city. But I came across this 21-year-old Muslim boy from the ghetto, and I started going to his gigs. The rappers in that scene were talking about their economic struggles, their family structure, things that were important in their community. They had learned about hip-hop through American music, but they made it their own and were recording on their iPads.

So I wanted to do something about that scene, because it seemed like they had no representation on screen or in our culture. No one talks about these youth. They are telling their stories because nobody else will — but I’m a filmmaker and I can provide a platform and give them a voice.

What were the biggest challenges of the film for you?
I think getting the music together was a big challenge. We had never done something like this. Music is a huge part of marketing and selling a film, and a big part of revenue comes from the music. So that was definitely the most challenging.

And the other challenge was to be honest. You can make a film like this and have the people think you were not honest about them. I had to make sure this wasn’t some Bollywood-ized version of their life.

I understand you wrote the film in English.
I write all my dialogue in English, and then I work with a dialogue writer. For this movie, I wanted a dialogue writer who had a feeling for street slang. We had different dialects, and he came and worked on all the dialogue to make sure that the language is very true and contemporary and Mumbai.

Your lead character is a young man, but the film also includes a young woman who is pushing against the restraints of what her culture allows her to do.
That was a very important thing for me to get into. A character like is brilliant and ambitious, and for her to have to hold back and not do what she’s capable of doing because she’s a girl is anger-making. She’s somebody who knows what she wants, but there’s frustration that comes with these restrictions. And I wanted to show that.