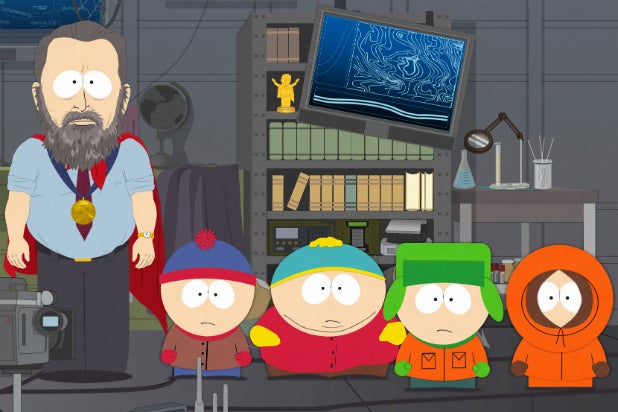 Although “South Park” is of legal drinking age, the longrunning animated comedy figures to go past its upcoming 23rd season, the last on its current deal with Comedy Central.

“We haven’t put an end date on it, and neither has our audience,” Comedy Central president Kent Alterman tells TheWrap, who added it’s basically up to Trey Parker and Matt Stone as to when the show will end. “As long as they’re still engaged and interested and bring such vitality to it, we’re all game.”

The upcoming season, likely to air sometime this fall, will push “South Park” past the 300 episode mark, though still leave it some 300 episodes shy of that other long-running animated series in “The Simpsons.” And “The Simpsons” will continue to add to its count, as the now-Disney owned comedy will go for at least 32 seasons.

The show remains as topical as ever, with the most recent season touching on everything from Brett Kavanaugh’s Supreme Court nomination hearings, Amazon’s encroaching global dominance to even, yes, making fun of “The Simpsons” over the controversy surrounding the character of Apu. Even Al Gore came back in an episode that touched on global warming (offering an apology of sorts to the former Vice President).

“I’m continually amazed at how sharp and relevant and provocative they are,” Alterman continued. “They feel as strong and powerful in their creative genius today as they have been at any point in their run.”