The mood at NBC can hardly be called celebratory, and the talk both in New York and Los Angeles seems to be mainly about the mysterious force field that somehow surrounds and protects NBCU chief Jeff Zucker. 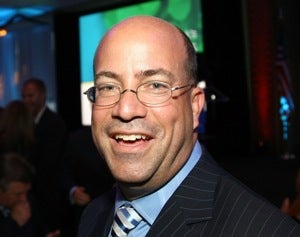 The talk is really about: How long before he goes?

The reality is that Zucker had precious few friends on the West Coast before the Leno-Conan debacle began its unseemly death spiral.

He’d been regarded as an executive who, after succeeding at the "Today" show, had been promoted, failed and continued to fail upward in that signature way that smart, savvy executives do.

People on the left side of the country have been simmering with resentment at him for years.

But now the mantra everywhere you go — and I mean everywhere — is: How does that man keep his job?

They’re all asking. Moguls, publicity people, producers, in film and in television, at NBC and at rival companies. It’s the question of the day.

In New York, where Zucker is well-liked, if not admired – “he’s an affable guy” one executive reminds me sheepishly – everyone now recognizes that Zucker has made NBC into a national joke.

He has taken responsibilty for the disastrous decision to move Leno out of the failed 10 p.m. slot. That’s one thing. But the way he has mishandled negotiations these past two weeks have been a final indignity for the network.

With Zucker at the helm, the sudden decision devolved quickly into insults and lawsuit threats.

It took a grown-up who reports to Zucker, Universal president Ron Meyer, to bring the two sides together and strike the basic deal points.

Then Zucker allowed the lawyers to continue to haggle for another week over the niceties of severance — did that come to $1 million, one wonders, or $2 million? — while the bashing of his network and himself grew more pointed and more bitter every night on national television.

And meanwhile, minions were sent to the media to bash the man who until a week or two ago represented the future of late-night for the network.

Even Zucker fans were disgusted.

But here is the luck of Zucker.

Now he’s between two chairs — the outgoing boss Jeff Immelt at General Electric and incoming boss Steve Burke at Comcast. There is no one in place, it seems, to make the right decision, or ask him to.

The Leno debacle is epic. It’s the kind that comes around once in a generation for those who inhabit the entertainment universe. They will write books about it. They will teach courses about it. There will be a film or a miniseries and a webisode, maybe all of the above.

And the tarnish on NBC is equally epic. Everyone else has read the writing on that wall. It says: Exit stage left. The only question seems to be — when?