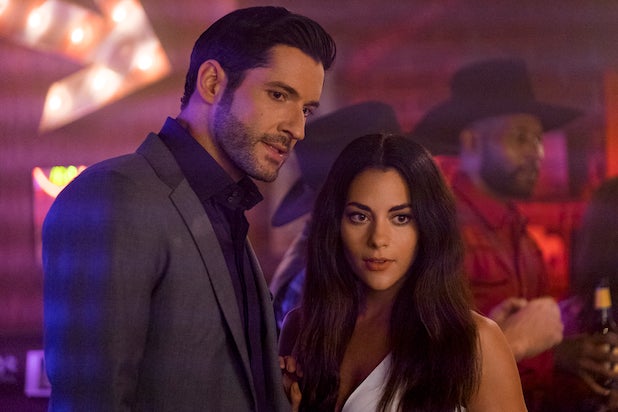 Rest assured you will get the ending you deserve, “Lucifer” fans, as we now know how long the fifth and final season of the devilish drama will be — thanks to a curious fan on Twitter.

“Ildy! Do you have any idea how many episodes would #LuciferSeason5 have? We’re very curious! Do please tell us!” the user tweeted just after midnight on Monday, addressing “Lucifer” co-showrunner Ildy Modrovich.

Netflix confirmed the 10-episode Season 5 order to TheWrap on Monday.

“Lucifer” was renewed for a fifth and final season by the streaming service earlier this month, after Season 4 launched on May 8, close to a year after the Tom Ellis-led drama was revived by Netflix following its cancellation at Fox.

The 10-episode fourth season ended with one hell of a cliffhanger, which Ellis broke down for TheWrap here.

“We are so incredibly thankful to Netflix for resurrecting our show last season, and now letting us finish the story of Lucifer on our terms,” co-showrunners Joe Henderson and Modrovich said in a statement at the time. “Most importantly, we want to thank the fans for their incredible passion and support. The best is yet to come!!”

Netflix added: “We’re thrilled that ‘Lucifer’ fans around the world have embraced this series on Netflix, and we can’t wait to give them the big finish they’ve all been waiting for.”

Henderson, Modrovich, Jerry Bruckheimer, Jonathan Littman, Sheri Elwood and KristieAnne Reed are executive producers on the series, which was developed by Tom Kapinos and is based on the characters created by Neil Gaiman, Sam Kieth and Mike Dringenberg for Vertigo, from DC Entertainment.