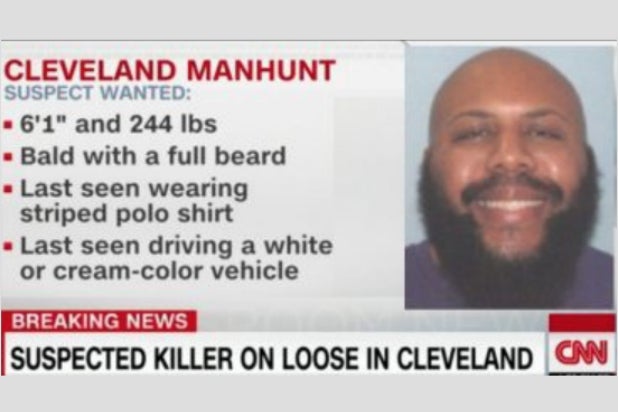 Cleveland Facebook killer, Steve Stephens, had been on the run for about three days before police were able to find him and the main reason for his capture could be attributed to Mcdonald’s fries.

Stephens had pulled into a McDonald’s drive-thru in Harborcreek Township, Pennsylvania, Tuesday morning and ordered a 20-piece chicken nugget meal and fries at which point the restaurant’s employees recognized him and called police.

“When I saw him I knew it was him. It fits the profile,” Thomas DuCharme Jr., the McDonald’s franchise owner told CNN. “He didn’t look that different than the picture but his beard was trimmed down.”

When Stephens pulled up to the window to pick up his food, the employees gave him his Chicken McNuggets but let him know that he would need to wait a little bit for his fries to be ready.

DuCharme said that it looked like Stephens had an inkling that the employees were trying to set him up so he ended up taking off with just his nuggets, not waiting for the fries.

Although it’s not clear that the McDonald’s fries are exactly to be credited for police finding Stephens, according to the New York Times, officials attempted to pull Stephens over after he left the lot of the fast-food chain, which then turned into the pursuit that ended in him taking his own life.

Police had conducted a nationwide manhunt for the suspect accused of killing a man and broadcasting the murder on Facebook Live on Sunday. Stephens also claimed to have killed an additional 13 people. According to CNN, the manhunt led to various dead ends, with authorities scouring abandoned buildings and pleading for the public’s help in finding him, offering a $50,000 reward.

Steve Stephens posted a Facebook Live video at around 2:00 P.M. Sunday afternoon in which he shot and killed 74-year-old Robert Goodwin, Sr. The footage reportedly remained online for three hours before being deleted. The video has since been shared in other formats by users on Twitter.

Stephens said in a later video he would not stop until his mother, and another woman speculated to be his girlfriend, called him.