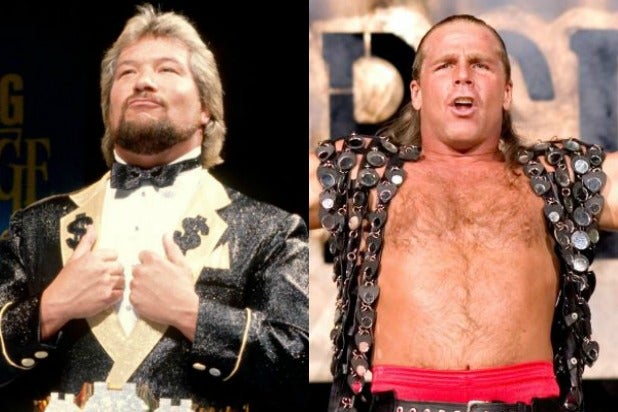 Shawn Michaels is many things: a WWE legend, an actor, and a devout Christian. At times, a couple of those may not seem to jive together, something we asked the wrestling icon about ahead of his latest movie premiere.

In “90 Feet From Home,” which debuts Thursday night at Hollywood’s TLC Chinese Theater, Michaels plays a physically and emotionally abusive step-dad to a promising young baseball player. It’s a very un-Christian role, and Michaels had his doubts about accepting such gigs. But a fellow WWE Hall of Famer, who happens to also be an ordained minister, gave the Heartbreak Kid his blessing — and the rock-solid reasoning behind it.

“I’ve always been intrigued that, for whatever reason, when your life changes because of your faith, somehow you’re not allowed to act in a different way,” Michaels told TheWrap. “When I first got saved, I did struggle with it. It was all very brand new, and [I said], ‘My goodness, is there a do’s and don’ts of things we’re supposed to follow?'”

Also Read: WWE Legend Shawn Michaels Is a Bad Dad - and in a Ton of Danger - in '90 Feet From Home' Trailer (Exclusive Video)

“I reached out to [WWE’s The Million Dollar Man] Ted DiBiase, and he said, ‘Shawn, let me ask you this: The guy that plays Satan or Judas in the church play — is he less of a Christian than the dude playing Jesus?'” Michaels said. “And I said, ‘No, in our church, the one guy that played Satan every year in our Christmas pageant was the same guy who played Jesus [in another].’ And he said, ‘Exactly. It’s just a role.'”

As is Michaels’ gig in “The Marine 6: Close Quarters,” in which his character, Luke Trapper, lets the expletives — and bullets — fly.

“Well, I’m playing a marine,” Michaels said of that one. “Gosh, I have brothers and nephews and friends that are in the military that are better men than I am and they’re Christians. But my goodness man, I’m like everybody else. I get in traffic and I get angry too.”

“The only thing that makes me a Christian, I guess, is the fact that I, I dunno, I guess I admitted and confessed that I needed help and that I couldn’t live this life on my own,” he said. “Whatever that makes me, it makes me.”

Here’s what it makes him: “I’m a better man for it, a better husband, a better father. All of that is on one side,” Michaels said. “I have this creative side of me that was put in there someway — and by someone — and I don’t feel like it’s something that I’m not supposed to use. It’s one of the few things I’m good at. The same thing as with wrestling.”

Believe it or not, Michaels says some people — including “church folks” — told him he shouldn’t wrestle anymore after being born-again. Michaels couldn’t wrap his head around that one.

“The same God that we both believe in gave me this gift, but you’re telling me he doesn’t want me to use it?” he recalled thinking at the time.

Readers can get tickets to the Brett Bentman movie here.