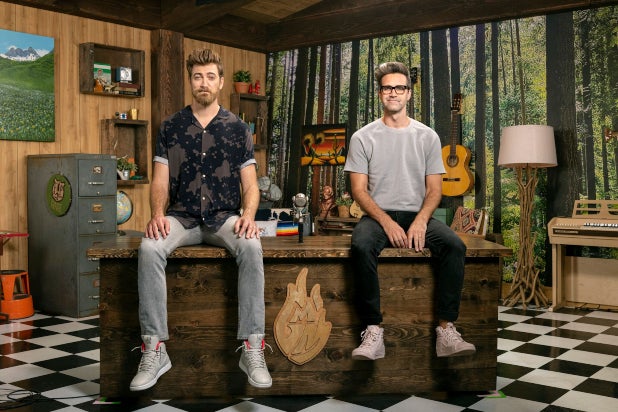 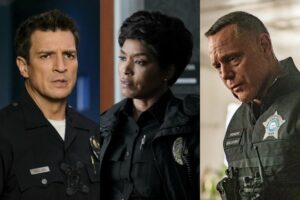 TV Cop Shows Are Under Fire, But Do They Still Protect and Serve in the Ratings?

”The sort of guiding principle is make something for yourself, and you’ll attract an audience that is like-minded and appreciates it,“ Rhett McLaughlin says

Rhett McLaughlin and Charles Lincoln Neal III, better known as Rhett and Link, have come a long way since penning their first screenplay together at age 14. After signing a blood oath to “create something together,” Neal said, the two formed Mythical Entertainment in 2006 and have been linked on every project since.

Mythical Entertainment grew from the seed that was Rhett and Link’s popular comedy talk show, “Good Mythical Morning,” which first aired in 2011 (under a different name) and counts 16 million subscribers and over 6 billion lifetime views on YouTube.

The production company typically creates five original episodes each week — though with the pandemic upending studio occupancy capacity, Neal and McLaughlin have pared their usual slate down to three.

“The vast majority of what we’re doing is just unscripted stuff where we’re just being ourselves,” McLaughlin said. “The sort of guiding principle is make something for yourself, and you’ll attract an audience that is like-minded and appreciates it.”

In addition to “Good Mythical Morning,” Neal and McLaughlin host the companion show “Good Mythical More,” and a podcast called “Ear Biscuits.” The two also co-wrote the scripted series “Rhett & Link’s Buddy System,” which ran for two seasons on YouTube — and they post regular video blogs on their Rhett & Link YouTube channel, which had over 4.9 million subscribers as of June. Mythical Entertainment also produces cooking shows with chef Josh Scherer on the YouTube channel Mythical Kitchen.

Mythical resumed in-house operations May 28, when Neal, McLaughlin and their chief creative officer Stevie Levine. All of the postproduction happens remotely, which is quite a departure from their usually packed studio in Burbank, which houses over 80 staff. The company hasn’t yet had any layoffs since the pandemic started.

“Between our six hands, we’re basically doing everything,” Neal said.

The company also operates a robust merchandising business, which Neal said has remained strong throughout the pandemic, mostly thanks to the company’s warehouse location in Texas, where lockdown is not enforced. Last year, Mythical launched a subscribers-only monthly membership called The Mythical Society, which gives fans access to additional content and collectibles.

“It was an easy transition for us in some senses because we’re YouTubers, but slowly over the years we had gotten very accustomed to getting people to help,” McLaughlin said. “Those first few episodes we were doing on our own. We really missed our team.”

State and federal health coronavirus regulations have brought filming across the country to a standstill, including at Mythical Entertainment’s Burbank-based studio.

McLaughlin and Neal recently spoke to TheWrap about their origin story, plans to resume a regular filming, branching out into new platforms like TikTok and the challenges of managing a remote film team.

For the record: A previous version of this story incorrectly stated the launch date of “Good Mythical Morning” and the Mythical Society.