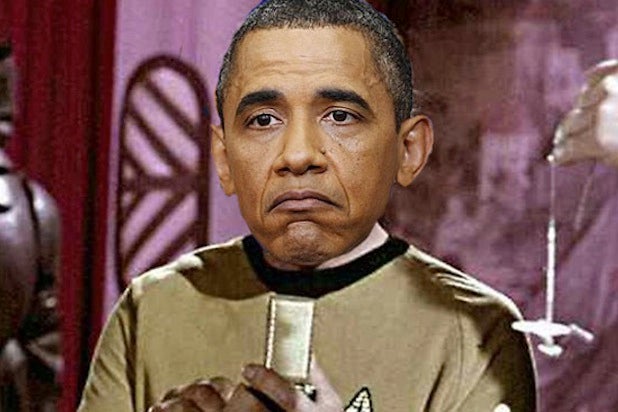 The use of Sarin gas by a madman despot like Bashar al-Assad is a grim reminder that evil not only exists, it thrives. But, that’s not the subject of this blog. What is, is the Obama’s administrations classic and seemingly effective response that, to my thinking, has been scripted so expertly that each act has seamlessly fallen into place with the present intermission promising the hope of a happy ending.

Let’s explore the administration’s position vis a vis the “red line” that Syria’s foul and desperate government crossed on Aug. 21. We’ve seen the videos — stark images and grainy, hand-held nightmares of innocents writhing in pain, frothing at the mouth — hysterical parents imploring the gods to resurrect their still children.

The horrors of this evil are embedded on the screens of digital devices, framed in Facebook and YouTube viewers. With every passing tragedy, we seem to become more immune to the graphic display of death and suffering. However, this was madness not seen before. We are fed gore and brutality nightly, but this made the premiere of “Sons of Anarchy” seem like “Romper Room” in comparison. There were no theatrics and no CGI; this was happening on our planet, in real time.

As someone opposed to any military retaliation, it was difficult for me to defend Barack Obama in his seeming resolute position to go in and kick ass. I’m an ardent supporter of the president; however, in this case I was outspokenly adamant that the U.S. adopt a hands-off policy in Syria’s civil war. Which admittedly is easy to do from the comfort of my chair as I typed my comments between spoonfuls of Grape Nuts. Like almost everyone who pontificates on this issue, we do it from relative safety.

Vladimir Putin’s Op-Ed in the New York Times is the brilliant twist in the Obama Administration’s plot to quell the violence. I read it as if it were being read by the brilliant William Shatner. Putin’s preachy, self-serving style of gloating over America’s conundrum appeared as a thinly veiled recital of lines that were written for him by a State Department speech writer.

Obama, again much like the legends of brinksmanship that was part of every character that William Shatner breathed life into, begrudgingly sidestepped the limelight and allowed an underling to save the day.

We’ve all heard the stories of working with Shatner. Whether it be James T. Kirk or Denny Crane, the spotlight was relinquished only under protest — yet when it was, it was to enable the wings of another actor to soar. This is what is happening dear reader: The Shatner-ization of American foreign policy.

When Obama met with Putin at the G-8, the plot was laid out. Not willing to fight the will of the American people who vociferously spoke out against American military involvement, Obama would hand off the football to Putin within yards of the goal.

Obama was steely, unflinching in exposing the truth of the Sarin poison, and then again he seemed unwilling to back down from a fight. His strength is admirable, his will formidable.

He was James Kirk disabling the Kobayashi Maru, a test of nerves that had a no-win scenario. He was Denny Crane out Perry Mason-ing an impending verdict against his client. The skillful engagement of Syria’s most important ally to take the lead in the road to peace was a stroke of genius, no doubt courtesy of Obama’s Hollywood handlers, who have strangely remained mute on this conflict. Now maybe we know why.

He did not wag the dog, he wagged the lion.

The next time I see Shatner holding court at Jerry’s in Studio City I will look at him from a different perspective. Will I approach him? Hell no. I fear the rebuke of an idol the same way I fear scabies or the dreaded Facebook “de-friend.”

Instead, I’ll throw him a peace sign and silently thank the imprimatur of his character that he unwittingly bestowed upon the executive branch and the world. A world that will hopefully be a safer one for children in desolate areas where madmen hold the key to destruction.

Winner of the Los Angeles Press Club's best blog award and a Southern California Journalism Award for his HollyBlogs, as well as an award for the Facebook group that helped to muscle the salvation of long-term care for the motion picture and television industry, Stellar's "vituperative blog on TheWrap" (Vanity Fair) focuses on issues related to the motion picture and entertainment industry. Stellar is founder of The Man/Kind Project, Inc., a 501(c)(3) corporation whose mission is to fight religious and cultural intolerance through the arts while building bridges of tolerance for all people. Stellar lives in Woodland Hills, California, with his wife of over 30 years, Nuala, and much too much Beatles memorabilia.
KEEP READING..