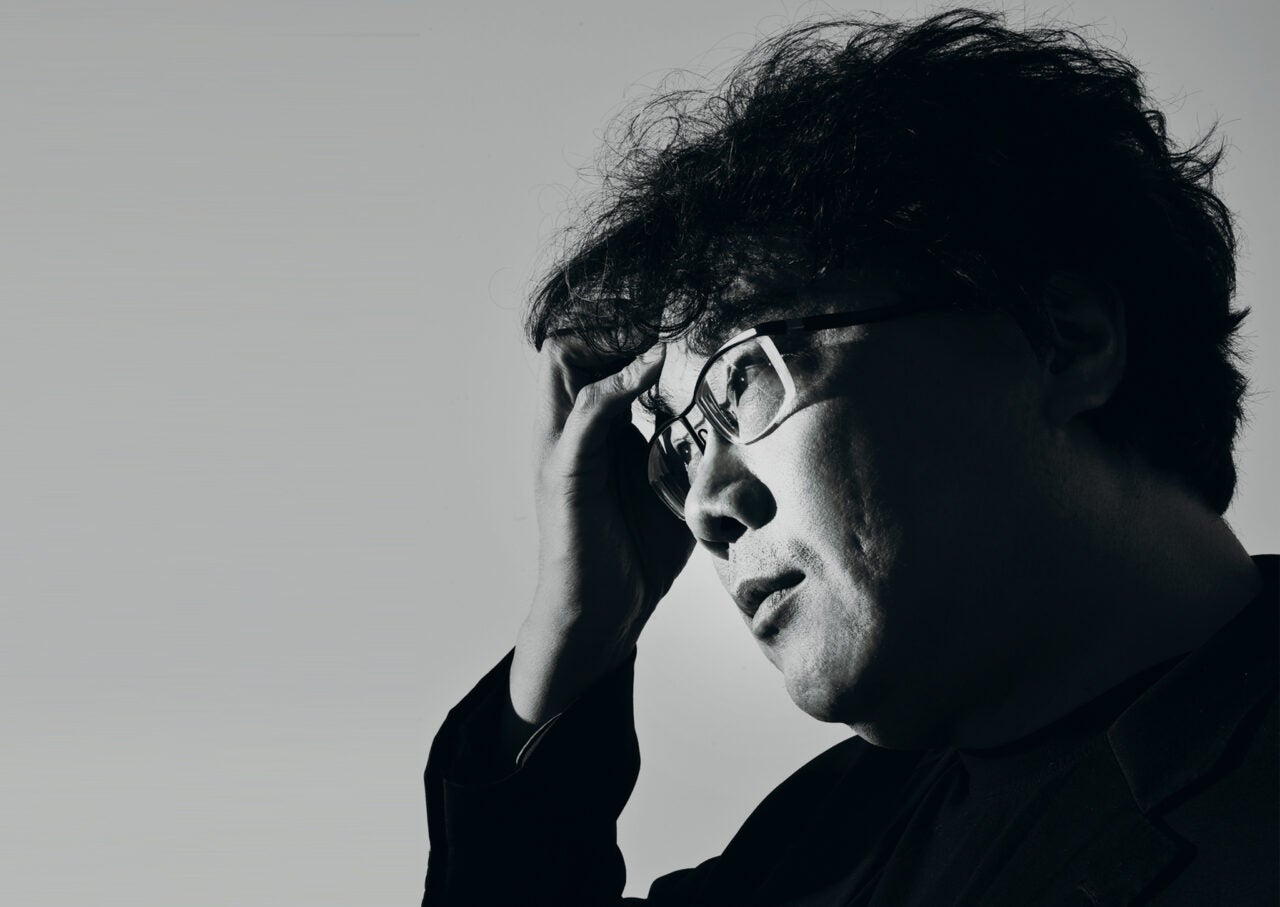 This story first appeared in the Race Begins issue of TheWrap’s Oscar magazine.

Bong Joon Ho didn’t know what was going to happen in “Parasite,” either.

Long before his darkly comic, deliciously twisted look at class divisions thrilled audiences and critics in Cannes and beyond, before the bends in its genre-hopping narrative befuddled and delighted adventurous moviegoers, the writer-director himself wondered where the hell this story was going.

“I let this idea develop for around four years in my head, since 2013,” Bong said. “But the second half of the film, all of that came in the last three months of my screenwriting process. The idea of a poor family infiltrating a rich house one by one was there since 2013, but I had many versions of the ending, and I didn’t know what was going to happen.

“It all came flooding out in the last three months, like I was yanking a potato out of the earth. It was a very exciting feeling.”

Before that, he added with a laugh, he did know that the film wouldn’t have a conventional conclusion. “I had a feeling that it would become a very strange story,” he said. “I knew it would not be a normal ending.” 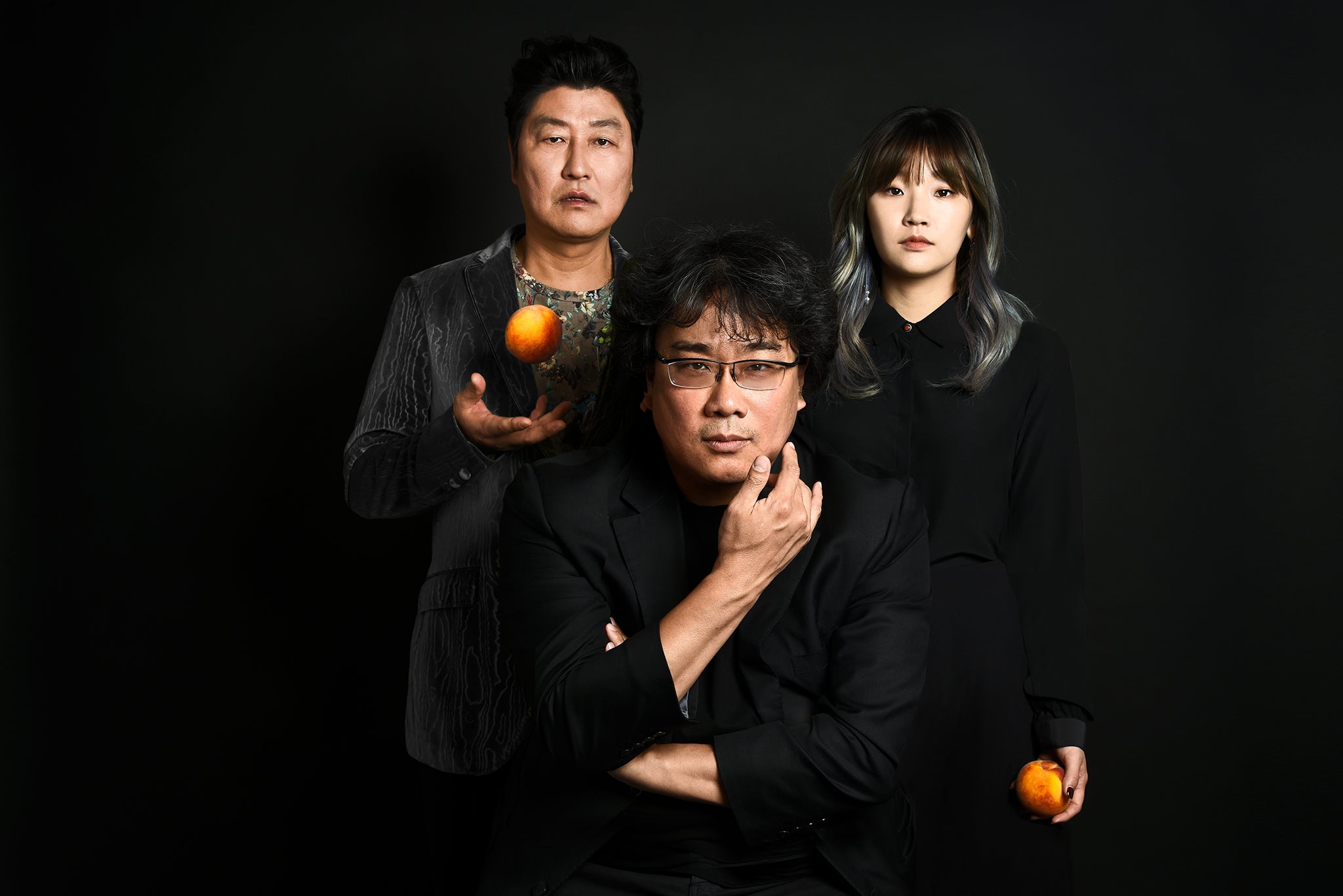 And now Bong Joon Ho has the chance to experience an extraordinary ending with his film — not on screen, but off. After winning the Palme d’Or in Cannes, receiving near-unanimous critical acclaim and earning $14.4 million in its first six weeks of limited release, “Parasite” seems likely to become the first Korean film ever to be nominated in the Best International Feature Film category (formerly Best Foreign Language Film).

But beyond that, it has attracted such passionate fans that it’s clearly in the running for Best Picture and Best Director nominations, which would place it in the rare company of such notable films as Alfonso Cuarón’s “Roma,” Michael Haneke’s “Amour” and Costa-Gavras’ “Z.”

“No one knows what will happen, but I am looking forward to it,” Bong said of the prospects of Oscar recognition. “Korean cinema is celebrating its 100-year anniversary, and at one time Korean films were relatively less known in the international community compared to Japanese, Chinese and Hong Kong films. It was really in the 2000s when Korea became one of the most robust film industries in Asia. So if ‘Parasite’ were to be nominated, it would mean a lot for the whole Korean film industry, and give people the opportunity to reflect on the history of Korean cinema.”

But “Parasite” is no history lesson. Brash and freewheeling, with tonal shifts, forays into genre and a steadily increasing amount of craziness, it’s a thrill ride that takes unexpected turns but also happens to be a trenchant examination of the gulf between rich and poor.

“I always felt like I wanted to be a step ahead of the audience,” said Bong, who acquired a reputation for skillful genre exercises with Korean films “Memories of Murder” and “The Host” before making the English-language films “Snowpiercer” and “Okja.” “When they’re not prepared to have something explode, I would have something explode in the story. And when the audience is anxious and expecting something to happen, I would delay that moment so they would become more and more anxious. I really had to go beyond the audience’s expectations in terms of where the story will go.”

That story starts in the squalid basement dwelling of the Kim family, a quartet of seemingly lovable losers who get a boost when son Ki-woo lies his way into a job tutoring the teenage daughter of a rich couple, the Parks. In short order, the rest of the family worms their way into jobs with the Parks; it’s a great arrangement for them, until it isn’t.

“The initial concept for the story was the sense of infiltration,” said the writer-director routinely referred to as “Director Bong.” “When you work, you rarely have the opportunity to enter the private realm of somebody’s life — but with jobs like tutoring, driving or housekeeping, you have no choice but to infiltrate their lives.” He drew from his own days tutoring a rich teenager, though you can only learn so much from a job if you get fired after two months, as Bong was. 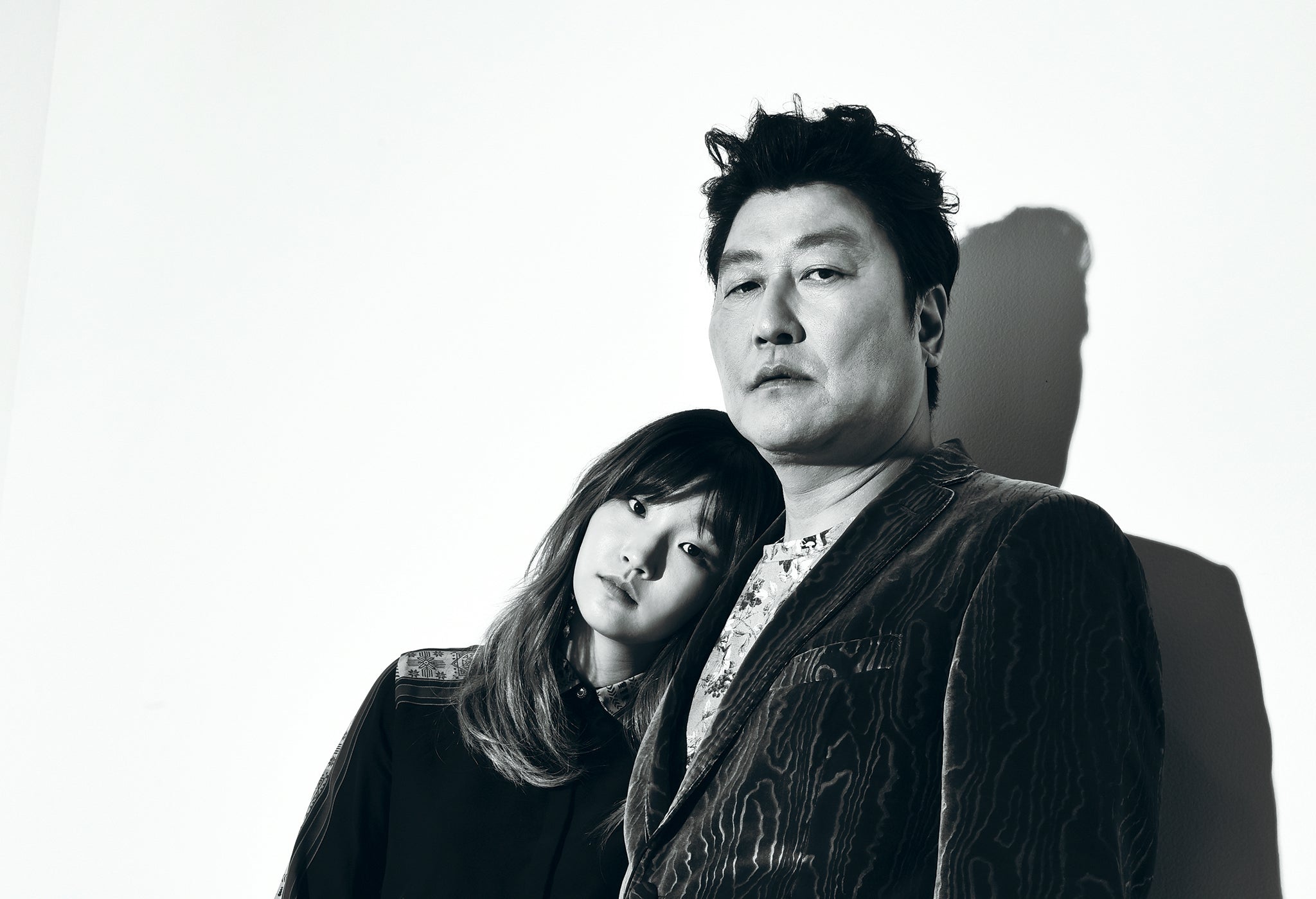 The film’s setup puts rich and poor characters in close proximity, which had also been a characteristic of “Snowpiercer.” Asked if he’s particularly drawn to the subject in these times of vast income disparity, he shrugged. “You know, ‘Snowpiercer’ is from a French graphic novel which was created in the middle of the 1980s,” Bong said in English, before characteristically slipping into Korean midway through his answer. (Obviously, the Korean sections of his answers are translated for this story.) “But that subject still works,” Bong said, citing recent works like Hirokazu Kore-eda’s “Shoplifters” and Jordan Peele’s “Us.”

“There is a commonality among all those films,” he said. “It’s not just me — I think a lot of creators are interested in that issue. It’s something that’s around us in our daily lives, and it’s very close to the times that we live in — this idea of capitalism, and the gap between rich and poor.”

He paused, and then returned to English for a couple of sentences. “But a filmmaker like Ken Loach, he has already been dealing with that subject matter for a long time. I really admire him, but I haven’t latched onto the issue like he did. It’s not something that I plan to persistently pursue throughout my career. I consider myself primarily a genre filmmaker. I really pursue the entertainment that comes from genre, the excitement that it brings. And through those elements, I try to explore these issues.”

The approach can be risky: Balancing black comedy with social drama and moments of horror takes a deft hand to keep things from sliding into messiness and tonal chaos. But the director thinks he’s figured out how to do it with the help of two main factors.  “The first is the actors I work with,” he said. “All the actors in “Parasite,” they always retain a very realistic tone to their performances. It’s never extreme, it’s never fitted to the genre framework. They always show very realistic emotions. So even when the image and atmosphere of my film changes, they always maintain that realistic tone. And I think that’s why the film ends up being so coherent, even when the genre atmosphere changes.”

Song Kang-ho, who has acted for Bong several times and plays the father in “Parasite,” said those tonal shifts were what concerned him the most about his work in the film. “I thought, ‘How am I going to control the transition from one genre to the next in the same movie?'” he said. “That really kept me awake.”

The second way he balanced different genres, Bong added, is by not fully committing to any one of them. “In any one particular scene or sequence, even if it’s funny, it’s never 100% slapstick comedy,” he said. “It’s funny, but there’s always a layer of anxiety underneath. People feel guilty about laughing, they wonder if they should even be laughing. There are already multiple layers of emotions in one scene. So even if the surface layer changes throughout, because everything is so layered and there is always an underlying current, everything connects.” 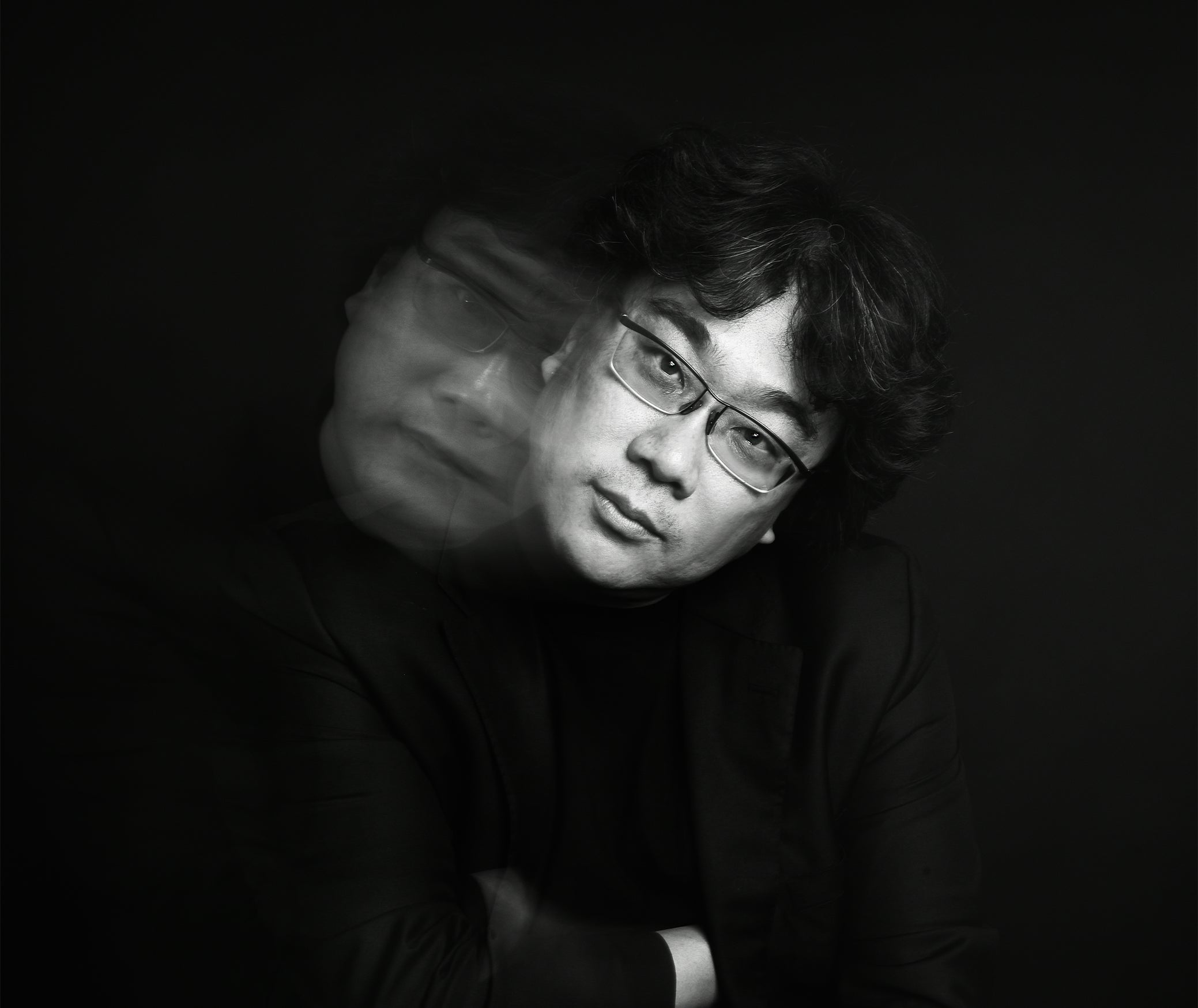 But walking that line between laughter and guilt isn’t the only way Bong is teasing his audience. The Kim family automatically gets our sympathy at the beginning of the film: They’re poor, they live in a pit (literally), they’re doing their best and they’re played by tremendously appealing actors, Bong veteran Song Kang-ho foremost among them. But as much as we like them, we also find ourselves coming to terms with the fact that they do horrible things to improve their fortunes.

“They are doing very bad things!” Bong agreed with a laugh. “But it’s actually very complicated and subtle. Because of the very particular charm that these actors have and the very human emotions that they portray, we as an audience end up rooting for them and we wish for their con to succeed. I think that’s the dangerous charm that these actors have and that cinema has.

“But even with the rich family, they’re not your conventional greedy assholes. It’s not as if they’re corrupt or embezzling or anything like that. So overall in this film you have no clear villains. You can have suspicion of all the characters while feeling a lot of affection for them. And that’s how I felt as a filmmaker as I was shooting this film, too.”

Park So-dam, who auditioned for “Okja” but was too old for the part of the little girl in that film (she’s now 28), was thrilled to land her role as the scheming daughter. “Every moment working with him is exciting and sometimes gives me butterflies in my stomach,” she said. “In a good way.”

Bong is now working on two films, both of which are in the early stages; one is in English and the other in Korean, and they’re both relatively low budget. (“Parasite” cost a little more than $10 million and he says the next two will be comparable in budget.) Given the Oscar buzz and the amount of time he’s spending in the U.S. this awards season, a Hollywood movie or two would hardly be surprising — but to hear him tell it, he has no real desire to be that predictable.

“‘Snowpiercer’ was my first English-language film, but it’s not as if I intended to create a film in English,” he said. “The original French graphic novel demanded an international cast and the story demanded that it be in English. It’s not that I intend to emigrate to L.A. and continue making only English films, or stay in Korea and only make Korean films. I will just follow the ideas and materials that I’m attracted to at the time, and it’s always a very natural process.”

And while he does have a “great” American agent who sends him “really amazing” scripts, the guy just can’t bring himself to be a gun for hire. “It’s a personal issue,” he said. “As a writer and director, I can’t help but be more attracted to scripts where I write everything from start to finish. I admire professional film directors who can direct scripts written by other people, and I wish I could do it. But it doesn’t work out that well for me.”

Below, Bong shares some of the storyboards he used to shoot “Parasite,” compiled in the book “Parasite: The Screenplay and Storyboard Book,” which was published in South Korea in October. “I storyboard everything, and I do it myself,” Bong said of his process. “I draw it on my iPad and put it on iCloud.” He paused and laughed. “I don’t know why I put in all the effort to draw this when I could hire someone to do it for me.” 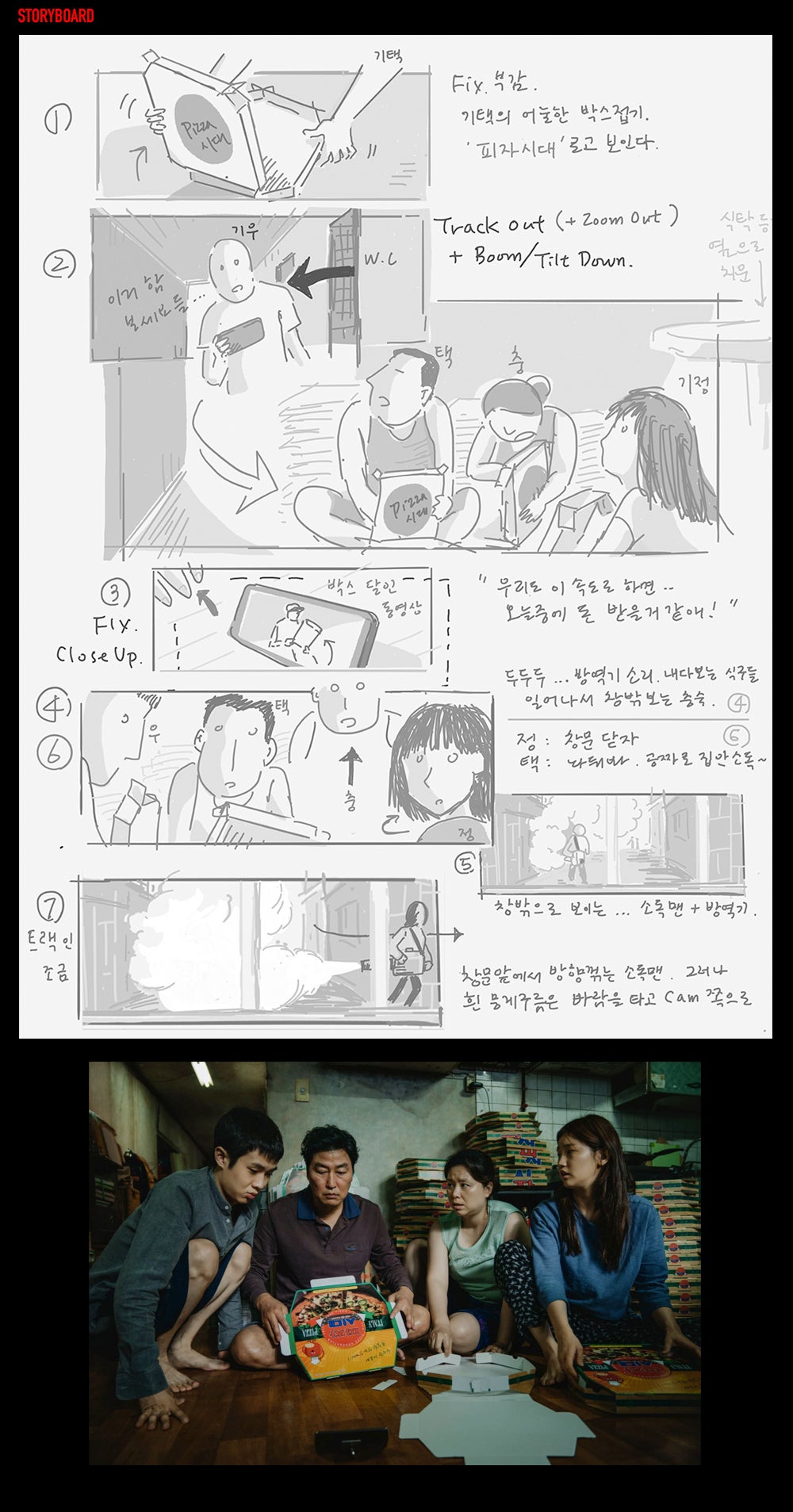 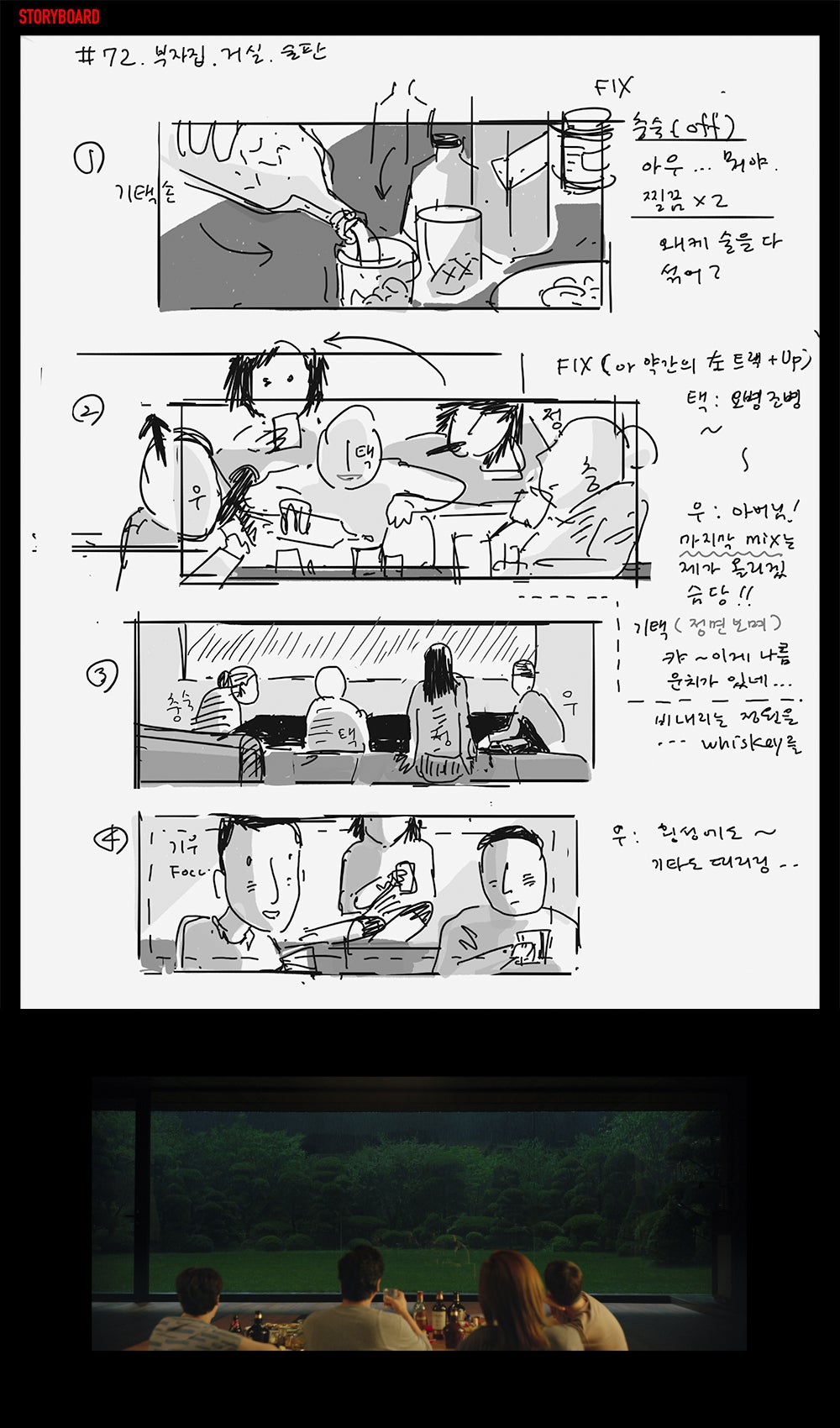 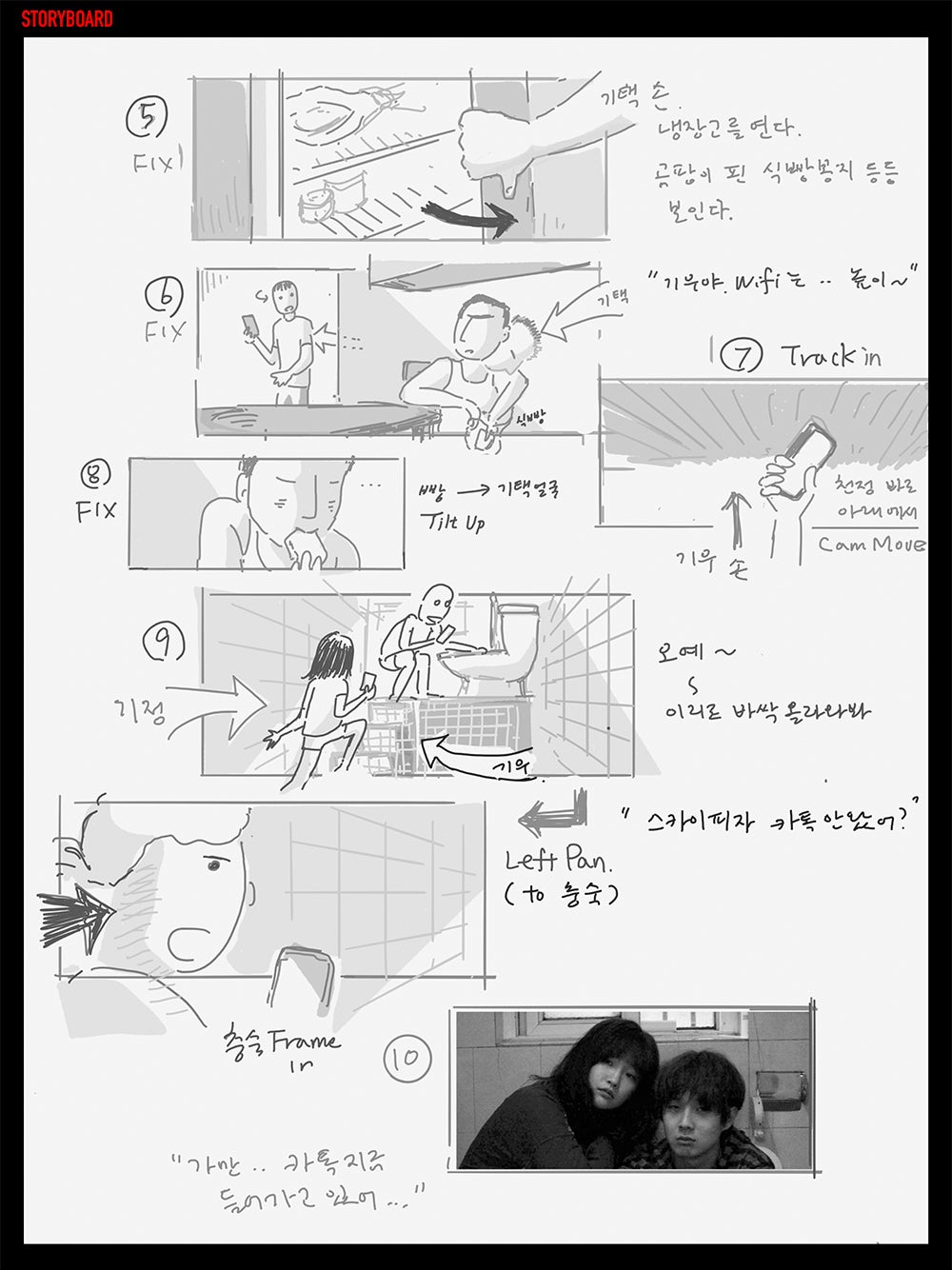