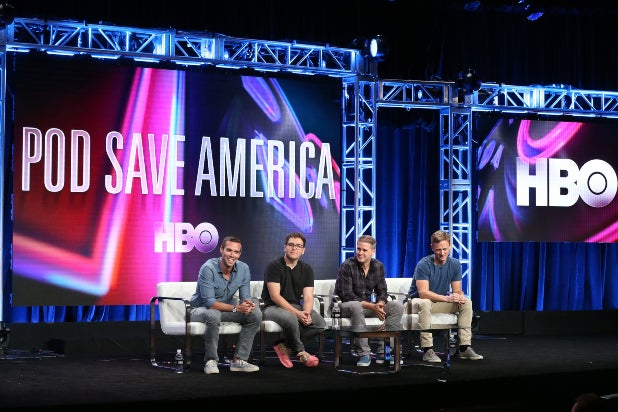 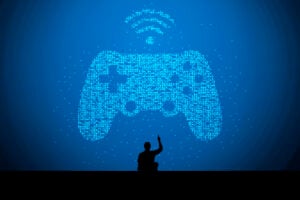 Video Game Spending Climbs to $1.6 Billion in March, Up 35% From Last Year

How Podcast Producers Are Coping With Remote Broadcasting

The podcast industry enjoyed an upward trend before the COVID-19 outbreak, with shows emerging at rapid speed and advertisers eager to jump on board. But as the spreading coronavirus forces many to work remotely, the industry is trying to find ways to emerge from the pandemic at the place it was before everything shut down.

Remote work presents a challenge for podcast networks, which rely heavily on in-studio recording teams and live shows with audiences. Hosts are adjusting by using portable recording tools and virtual meeting tech like Zoom or Google Hangouts to produce content fast. Most networks also are adjusting their programming slates to distribute shows about timely coronavirus-related content.

Since commutes to work and trips to the gym — two places where data shows podcasts get the most play — are currently off-limits for most, networks are working to use social media to reel in listeners and produce relevant shows that will keep them listening during their newfound downtime.

“Right away, we went to Bill Nye of the ‘Science Rules!’ podcast and asked him to do special extra corona episodes, and he agreed immediately,” said Chris Bannon, chief content officer at Stitcher, a podcast network owned by publisher E.W. Scripps. “(Bill’s) first corona episode appeared three days later, with one producer working remotely from Australia.”

An increase in remote work could upend the listener stats of most popular podcasts. Stitcher and its podcast brand Midroll, which includes podcast network EarWolf, saw an “initial drop in listening,” said Bannon, adding that overall listening decreased by roughly 8% from March 9 to 29.

Also Read: Can Endeavor Overcome Its Debt in the Middle of a Pandemic? | Podcast

“We know that a large portion of podcasting listening happens during commute times or at the gym – two environments that no longer exist as many major cities and municipalities have placed significant restrictions on businesses,” said Bannon.

Jenny Kaplan, chief executive and co-founder of Wonder Media Network in New York City, said her team adjusted relatively quickly to the change. Like most networks, Wonder Media gave each of its hosts USB microphones and a crash course on how to record at home. The company’s audio engineering staff also remain in virtual recording sessions to troubleshoot.

In addition to producing original shows, Wonder Media also found a lucrative side gig farming out its production capabilities: It produces dozens of white-label podcasts each year for organizations and brands that can’t make their own. Kaplan said that the white-label production is kicking into high gear now even as the team is remote because companies are rushing to fill a content void.

“What we strive to do is really break it down and give easily digestible instruction to interviewees to make sure that they are becoming their own audio engineer in some ways,” said Kaplan.

Wonder Media launched in 2018 and now has 11 full-time employees. The network released new seasons of four existing shows and premiered one new show, “Beyond Belief,” a faith-based podcast that came out April 10 and examines differing belief systems. Four additional new podcasts are planned for launches in June and July.

Wonder Media is one of many media companies facing financial pressure during the pandemic and is looking to create new ways to keep the money flowing.

“Podcast networks are finding creative ways to monetize,” said James Creech, podcast host and chief executive of Paladin Software. “New business is essentially dried up because no one wants to enter into a contract with so much uncertainty hanging over our heads.”

Prior to founding Paladin, Creech held roles in project management at Blizzard Entertainment and led operations for Channel Factory. Paladin’s software both tracks listener and viewer data for its content creators and also connects them to advertisers.

Creech said it’s extremely important for podcast networks to keep production flowing and also said they should be looking at all available revenue streams including merchandising, production, or selling additional ads during their shows. Merch isn’t a new revenue stream for podcasters, but online sales are now a critical income supplement compared to a few months ago, when hosts were also making ticket sales.

Creech said that some podcast hosts he advises have set up their own online shops in recent weeks in order to sell merchandise and take donations to keep generating cash.

“This is a real opportunity for us to think through what are some of the use cases for audio that we haven’t thought about before,” Kaplan said, “so that whether or not more traditional revenue streams are drying up, we’re in a position to come out of the pandemic from a place of strength.”

Los Angeles-based Crooked Media, which produces mostly political podcasts, also has rushed to adapt its workforce. It released a couple of new shows based on the pandemic this month.

“Based on initial data, those shows’ numbers are strong,” said Crooked Media Head of Development and Production Sarah Geismer.

Crooked Media would not disclose specific download statistics. Wonder Media said it saw a 65% increase in traffic for one of its shows from February to March.

Other networks are scrambling to get coronavirus-related content on the air, and they say early data suggests listeners are eager to hear it. Peter Csathy, founder of consulting firm Creatv Media and former Mannat Digital Media chief executive, said that his firm has found “news and coronavirus-related podcasts are up, not surprisingly,” as listeners seek out the most relevant information on the pandemic.

Stitcher has around 40 shows in production at any one time and Bannon said, “we made that transition (to remote) in about a week” in late February.

Geismer said Crooked is working to adapt some podcasts to television, which it did once when it landed popular politics show “Pod Save America” an HBO special. But now, all production is on hold.

Both Kaplan and Bannon said that booking talent for shows is easier than ever when physical presence isn’t required. Shows that rely on comedy or a live audience, like Crooked Media’s “Lovett or Leave It” hosted by Jon Lovett are harder to record but still being produced despite no crowds.

“It’s been amazing to see how quickly the hosts adapted to what is really a radical change in the way they make their shows,” Bannon said. “We’re seeing many of the strengths of this medium on full display right now – the scrappiness, innovation and creativity of our hosts, nimble production capabilities and the deep audience trust.”

“You certainly do have talent that do video podcasts and distribute them as much on YouTube or Twitch as they do on Apple Podcasts, Stitcher, or Spotify,” said Creech. “YouTube is the single largest viewership destination for podcasts and the primary destination for most listeners… because of the sheer scale and global reach of the platform.”

YouTube’s monetization strategy means it takes a cut, so it isn’t as lucrative as some other hosting platforms — but it does allow creators to sell their own ads.

Podcast creators get paid by CPMs, or cost per thousand downloads, in advertising terms. The specific figures vary by podcast popularity, but Creech said that prior to the coronavirus outbreak, podcast CPMs were “very healthy.”

“$40-$50 CPMs are not unusual in the podcast space, especially for premium content,” said Creech. “Multiply that by a few million downloads, and that’s real money.”

The International Advertising Bureau and analysts PricewaterhouseCoopers estimate $479 million was spent on podcast ads in 2018, up 53% from the prior year. But it remains to be seen how the next year’s budgets will fare post-coronavirus.

Popular podcasts like actor Dax Shepherd’s show “Armchair Expert,” can make up to $9 million each year, according to Forbes’ ranking of the five top-earning podcasts. The top earner was Joe Rogan, whose decade-old podcast “The Joe Rogan Experience” made $30 million in ads last year off an average 190 million monthly downloads. True-crime duo Georgia Hardstark and Karen Kilgariff, hosts of the podcast “My Favorite Murder,” catapulted their show to second in Forbes’ rankings after signing a network development deal in late 2019 with Stitcher worth an estimated $10 million.

Advertisers are already facing grim prospects as the events they bought space for are disappearing daily, including professional sports and live events. But Creech said some of that ad money, if returned, could shift over to other mediums like podcasts.

“Assuming people aren’t back to work in May or June, Hollywood’s still on hold and there isn’t a lot of entertainment programming or live events, that money has to go somewhere,” Creech said.

“We are starting to see interest from new companies in accelerating their entry to the medium, recognizing the potential to harness its deep audience connections to build brand loyalty during this time,” said Bannon. “It is also an affordable medium, compared to other ad spots that might be part of an advertiser’s traditional marketing mix.” 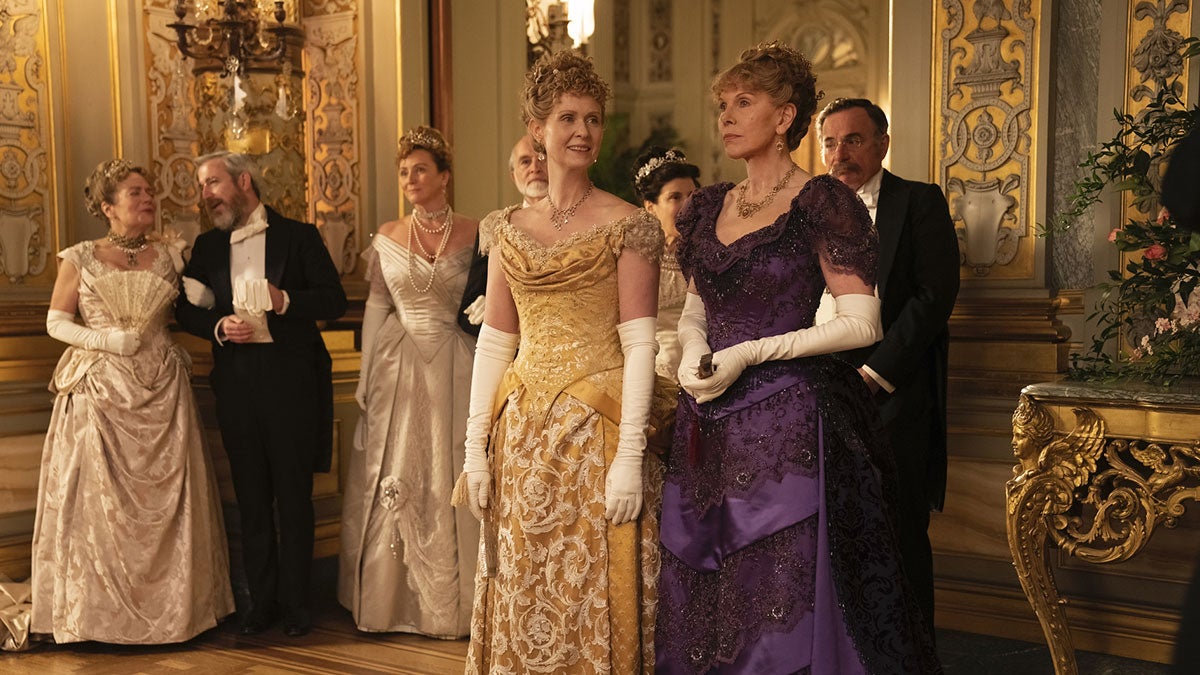