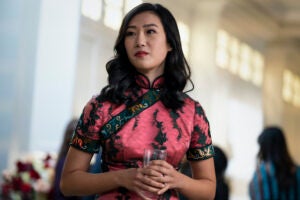 “I couldn’t live with myself, personally, if I had the soullessness to be berating restaurants during an unparalleled time of disaster,” the LA Times’ restaurant critic says

When the COVID-19 pandemic forced the closures of over 110,000 eating and drinking establishments across the U.S., the losses faced by chefs, line cooks, dishwashers, servers and bartenders seemed immeasurable. Restaurant critics, unable to taste menus and tell stories, were faced with a conundrum of their own: With most businesses closed for indoor dining, or shuttered for good, what was a critic to do?

The loss of indoor dining led to a period of self-reflection as traditional restaurant criticism “absolutely crumbled,” Bill Addison, the Los Angeles Times’ restaurant critic, said. But with so many businesses suffering, there emerged a balancing act between empathizing with the plight of the restaurant industry and the need to maintain skepticism as a journalist and critic.

“In those first weeks of lockdown, there were a lot of people crying over the phone,” Hanna Raskin, the food editor and chief critic of The Post and Courier in Charleston, South Carolina, told TheWrap. “I mean, literally, tears. It was a really emotional time.”

Raskin said everyone was concerned about the future of the industry. “There probably was a degree of boosterism to a lot of our coverage that didn’t exist previously,” Raskin said.

For many critics who spoke with TheWrap, that meant putting a pause on traditional restaurant reviews — and most certainly on any negative reviews. “I couldn’t live with myself, personally, if I had the soullessness to be berating restaurants during an unparalleled time of disaster,” Addison said.

Devra First, the Boston Globe’s restaurant critic, said she focused more on the storytelling aspect of reviewing restaurants but removed any star-ranking system out of respect to the establishments struggling to even stay open. “If you are open and operating and making a go of it, [you deserve] all the stars,” First said.

Some critics adapted by leaning into the service side of their craft to help put together guides on where to get takeout and encourage readers to tip generously. Others, like Raskin, sought to survey restaurants that were open for dining in Charleston based on their COVID safety protocols, while Eater New York’s chief critic, Ryan Sutton, scoped out restaurants that were doing something unusual during the pandemic, such as a Thai restaurant in Manhattan that had diners order by scanning a QR code to reduce server-to-diner interactions.

While restaurant criticism has never been just about the food, the pandemic forced critics to clarify their relationship to the restaurants they cover and the readers they serve.

Last May, when Massachusetts’s governor was determining whether to pull back quarantine guidelines, First wrote that she wasn’t ready to eat inside a restaurant given the risk of infection and spread — to the dismay of some in the restaurant industry.

“The blowback that I got from the industry was intense. I was looking at it from a consumers’ viewpoint, and I think that took people by surprise,” First said. “I’ve had a lot of chefs tell me, ‘It’s your responsibility to show readers that it’s safe to do this.’ And I’m like, ‘No, it’s my responsibility to model the behavior that public health experts recommend.’ That’s how I view it.” 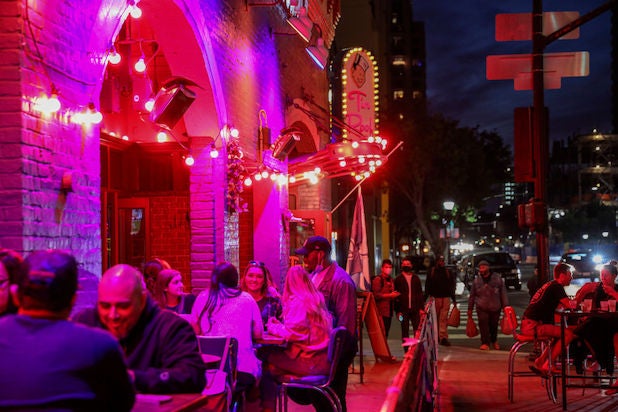 Sutton said while he fully sympathized with the plight of restaurant workers, he still has not stepped inside a restaurant for indoor dining and was concerned that critics were expected to become cheerleaders for the industry.

“I don’t blame restaurants who are literally struggling for their existence and who have waiters who don’t qualify for normal employment benefits, often because they’re undocumented. I don’t blame them for opening up their doors. I can fully sympathize with that,” Sutton said. “But if an industry asked that a certain group of reporters and/or critics were supportive of people doing a thing that is, I would argue, demonstrably dangerous both to the consumer and to the people working there, I don’t think a critic would be the person you would turn to.”

Meanwhile, news organizations — many of which have suffered financially during the pandemic as well — have had to contend with dwindling budgets and the oft-expensive bills that food critics incur.

“It is ethically responsible for publications to pay for the restaurant critics’ meals. You lose a certain separation of church and state without that,” Addison said. “Because of that, a lot of publications don’t have the money to pay a full-time restaurant critic to do that job week in and week out, so the job has always been one of privilege.”

Raskin said that good food journalism sells and could be a “boost,” rather than a “drain” on newspapers, but she acknowledged that critics should be reconsidering which restaurants they dine at — and which audiences they’re serving.

“I could easily spend in the four figures if I was to make three visits to a fancy tasting menu restaurant. I think that we might have to reevaluate if that’s in anyone’s best interest,” she said. “Most of our readers aren’t going to places like that, and it may come to a point where it’s like, Do we really want to sanction places like that? Is that really part of the society we’re looking to support? I don’t know the answer to that.”

First also said the rise of food influencers on social media — who aren’t beholden to the same kind of journalistic ethics that critics should be — would likely continue to encroach on the space of traditional restaurant criticism as expense accounts continued to “disappear.” But the question of finances, First said, was all a part of the larger challenges facing the news industry as a whole.

Also Read: How the Pandemic Has Accelerated the Decimation of Local News Outlets 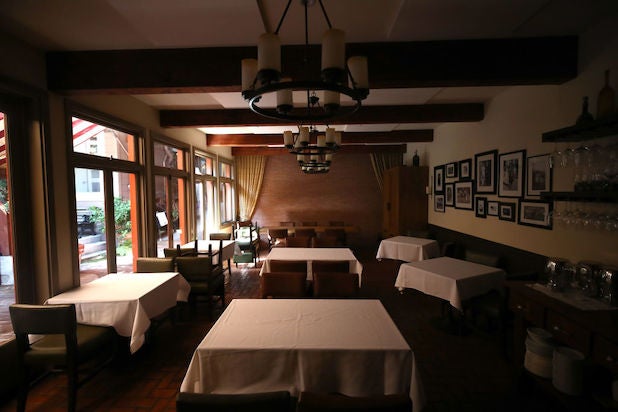 Aside from the future of their own industry, critics and food journalists who spoke with TheWrap said they’ve reflected more intently on the gaps in their coverage, especially when it comes to restaurants and neighborhoods that are often overlooked.

“Before the pandemic, we were a little bit more focused on the big-name restaurants, big-name shops, big operations, even though we were still keenly aware of and wrote about mom-and-pop restaurants, [food] trucks, street food, that kind of thing,” Matthew Kang, the editor of Eater L.A., told TheWrap. “Now, we don’t really see a line between those two things. If it’s somebody’s house and you pick up food there, that’s equally a restaurant to a place that has 100 seats in downtown L.A. and has cocktails.”

Critics like Addison have thought about the lionization of chefs and the way the industry has “almost honored abusive personalities” through the hierarchical kitchen brigade system, where chefs are seen as the star of the show and may get away with harassing and verbally abusing those working beneath them.

“It’s been a practice to find chefs to champion and sort of make heroes out of them, and we do that usually based solely on the bravado of the cooking,” Addison said. “And I think now we’re going to consider much more what they bring to the table, not only in their cooking, but in their leadership skills.” 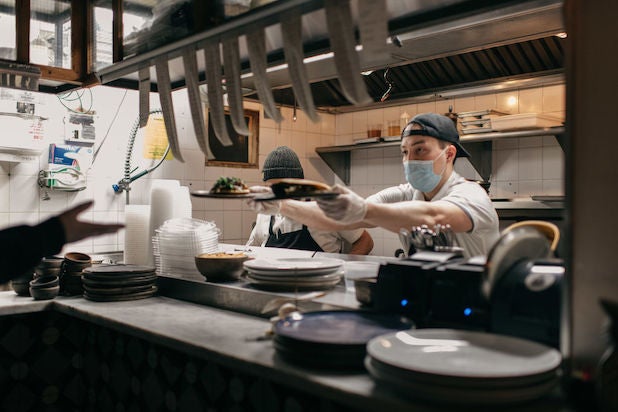 Tejal Rao, the California restaurant critic for the New York Times, said the pandemic has led her to think more holistically about what qualities get considered when determining if a restaurant is “good,” including concerns about the exploitation of workers.

“If people are being exploited at every single point possible along the way, how good is the restaurant, really?” Rao said in a recent interview on the “Longform” podcast. “Everyone’s really eager to sit at a bar and have a martini and french fries, and everyone wants things to go back to the way that they were, and that might make it easy to forget the things we’ve seen. I hope not.”

Sutton said he hoped critics and society at large would continue to focus on bettering the treatment of service workers — many of whom were hit hardest by the pandemic. “It shouldn’t be the burden of the consumer to save the industry,” he said. “It should be the burden of the government to have necessary social protections so that consumers don’t have to make the choice and so that members of the hospitality industry don’t have to choose between their lives and their livelihoods.”

But Rao wasn’t sure if that momentum would sustain. “I worry that the pandemic has illuminated all of these issues and things are just going to keep going the way that they were,” she said. “That’s what I worry about. That nothing will change.” 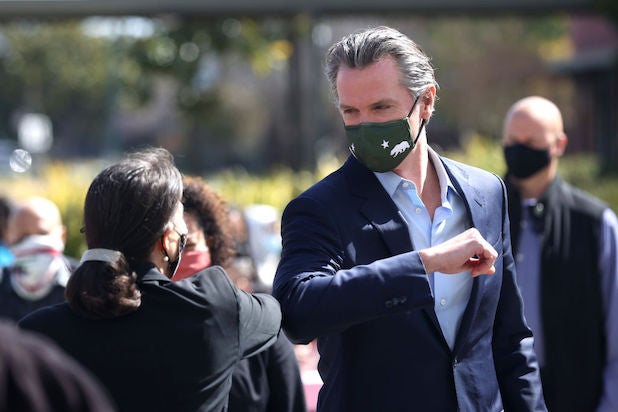