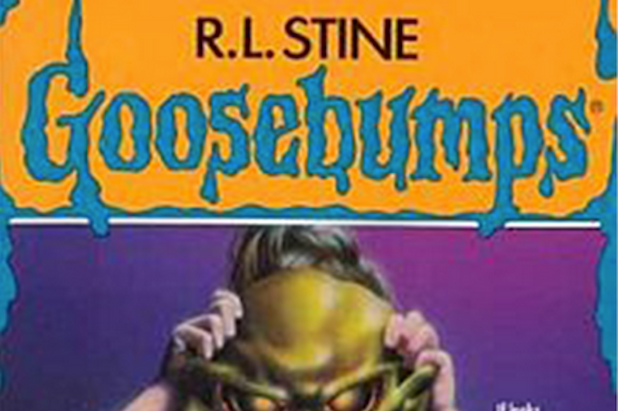 Jack Black and director Rob Letterman have stumbled upon an easy solution to please fans of “Goosebumps,” R.L. Stine’s popular horror books for kids. Rather than adapt a specific book, Mike White and Darren Lemke wrote a movie that incorporated creepy crawlers from various books, and injected the author into the story (personified by Black).

This approach enabled Letterman and the writers to pick and choose their favorite monsters from a massive trove of books, pleasing as many fans as possible. Filmmakers often alienate fanboys and fangirls when their adaptations are not loyal enough to the source material (or too loyal).

“It’s a great excuse for our favorite creatures from various books to get on the big screen,” Letterman told the crowd Thursday at Comic-Con.

Black had never read any of the “Goosebumps” books before joining the movie; he signed on because of his history with Letterman, with whom he made “Shark Tale” and “Gulliver’s Travels.” He quickly became a fan.

“You can blast through one in like 45 minutes,” Black said to a fan who wanted to know if the actor shared his passion for the books. “I have read quite a few, but not all. There’s like 50 books.”

Letterman then informed Black there are more than 50 books — there are 62, as well as several spin-offs — prompting laughter from the adulatory crowd. Another member of the crowd wanted to know which monsters would make an appearance, but Black would not divulge more than saying “an official bucketload.”

The filmmakers’ greatest challenge is striking the proper balance between scary and funny. The movie needs to be scary enough to appeal to parents so they go with their kids and teenagers who grew up on the books, without being too scary for the children that still read the books.

“Kids love monsters, but are also kind of scared of scary movies,” Black said. “They want to be scared but not too scared.” He said he knew the line he had to tread because of his own kids, with whom he watches 1930s scary movies like “Frankenstein.” Those are “scaryish.”

While Sony offered early footage of “Goosebumps,” which wrapped production two days ago, it declined to bring any materials for “Pixels,” Chris Columbus‘ next film starring Adam Sandler and Josh Gad. “Pixels” is scheduled to open two months before “Goosebumps,” but Columbus appeared in a video to explain they had nothing to show just yet.