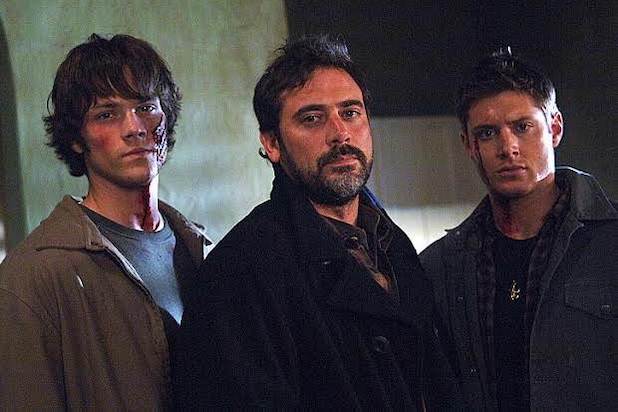 OK, “Supernatural” fam. You knew Jeffrey Dean Morgan was coming back as John Winchester for the show’s 300th episode next month — and now we can tell you how he’s coming back. You know, cause he’s been dead since Season 2 of the Jared Padalecki and Jensen Ackles-led drama — which is now in its fourteenth season.

“Our guys are put in a position where they essentially can have a wish granted,” showrunner Andrew Dabb told Entertainment Weekly in an interview published Wednesday. “They’re actually expecting something else, but [John’s return] comes from a place of want by Dean. The need for closure is really what brings John back into their lives.”

Fans have been hoping against hope the “The Walking Dead” star would return to the show for years now, and Morgan finally granted their wish in honor of the milestone episode, titled “Lebanon” — and to give Sam (Padalecki) and Dean (Ackles) some closure with dear old dad.

“The relationships between these three men were so open, so if I was going to come back, it would be nice to have some closure, especially with Sammy,” Morgan told EW.

But be forewarned, because whatever the wish is that lets John return also brings back the angel Zachariah (Kurt Fuller), and he’s bound to be angry at Dean for stabbing him through the head with that angel blade.

And as we’re sure you can expect, it’s gonna be hard to let go of John once he’s come back, as Ackles says, “the whole episode is a dream that [Dean] doesn’t want to wake up from. But he knows he has to.”