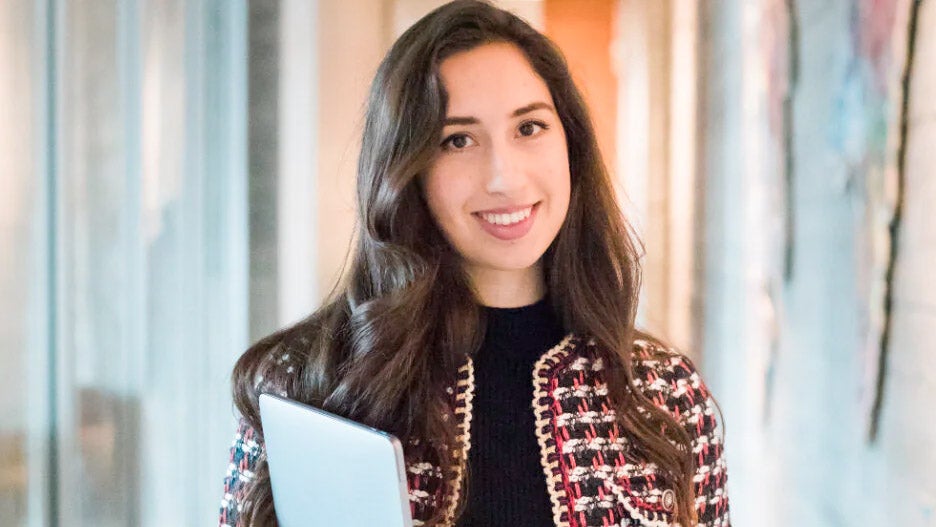 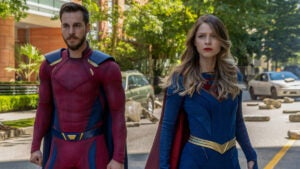 Tech entrepreneur Sophia Mahfooz, 29, now based in Silicon Valley, spent eight childhood years as a refugee in Afghanistan. So it was what she calls a “cruel deja vu” in August as she watched desperate Afghans trying to flee as the country quickly fell to Taliban rule after U.S. military withdrawal.

The founder of tech startups Afghan Innovation Foundation and NeuroX Health immediately organized a team of tech experts to aid the many filmmakers, artists and journalists left behind in Afghanistan.

On Nov. 11, Mahfooz will speak at the event “Connected: How Tech is Transforming Humanitarian Response” at USC’s Viterbi School of Engineering.

Tell us about how you were galvanized into action.

I was born in Afghanistan. Our home was impacted and bombed, and we had to escape to the borders of Pakistan. For eight years, I couldn’t go to school. My parents couldn’t even open bank accounts. You end up falling through the cracks of society. I managed to escape to England.

I woke up that morning and saw the news like everyone else and very quickly realized that I was a victim of the situation almost thirty years ago. I couldn’t be a witness. I couldn’t stand and just watch this happen. Within 12 hours, I put a team of 30 people together. Students from Berkeley and Stanford, former State Department officials, former Obama administration officials. It just came together very serendipitously.

The evacuation effort has focused on filmmakers, artists and journalists, particularly women. Why focus on these careers?

The priority…was really a U.S. and international evacuation. It became very clear that there are a lot of women who were high profile and were going to be left behind. We had built a database of almost 2,000 high risk women and their families — athletes, activists, journalists, artists, musicians who had all been very public-facing for the last 20 years. For the last 20 years, they’ve been somewhat part of the American agenda to spread democracy and feminism in the country. Alongside the military, it was really the media that were at the forefront of reshaping the country. 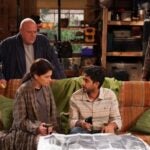 Also Read:
How CBS’ ‘United States of Al’ Rewrote Season 2 Premiere After the Fall of Afghanistan

What is the situation like for these women now?

They are currently in safe houses. They are hiding, they have completely deleted any information about themselves. A lot of journalists wrote about the Taliban for 20 years under U.S. protection, so their lives are in danger.

There are a few high-profile women who have been evacuated. One of them is Aryana Sayeed, a very famous musician who has (1.3) million Instagram followers. She is very recognizable, and was fortunate to be evacuated. Since then, she has done a lot of public speaking against what is happening in Afghanistan, how it’s going to impact the entertainment industry — journalists and musicians and writers.

Is the situation similar for male journalists and artists?

Yes. In some ways it’s easier to support the women because no countries want to take in men. There is is a stigma around them potentially being related to the Taliban. But they are equally in danger, these young men. Their education has been disrupted, their careers have been disrupted. From now on they’re going to have to conform to a regime that doesn’t take kindly to people thinking outside the box…Pretty scary stuff is happening to the women, but the untold stories of the young men are just as harrowing. But I think there is less appetite to hear the stories of how men are going to be treated in this situation.

How can technology facilitate the relocation effort?

In the immediate evacuation, we realized that it was really a civilian-led response, an actuation where people like myself decided they were going to help evacuate people. And armed with WhatsApp, Signal and Google Sheets, people were running entire evacuation operations, which is extraordinary. It is what the military and the UN should be doing, but civilians were taking it upon themselves to do it. Part of the reason is the lack of responsiveness from the (government) organizations because politically they were sensitive to what’s going on in the different countries. And so it had to be civilians that took this upon themselves to rescue these people who needed to be evacuated.

That made our team realize there’s a huge need for technology here when it comes to data protection, data security. For the first time, we had thousands of people emailing us with their passports, their ID information, all of that needed to be securely put in the cloud somewhere. There’s a whole area where technology can really provide protection for vulnerable individuals. There are many other examples from how it can support and make sure people have access to resources, make sure that people have access to information. A lot of these people end up in dire situations because they don’t know their rights. So I think technology has huge potential in creating efficiency and supporting the transition as people move from one country to another country. 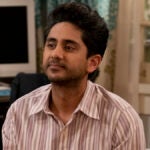 While the immediate goal of the Afghan Innovation Foundation is the Afghan relocation effort, you are also seeing applications for technology because climate change may create a global population of “climate refugees,” right?

I’m in Northern California, near Napa. There are always wildfires. There are going to be periods of time where there’s going to be mass displacement. You’re seeing this happen in many, many countries in Latin America, where, due to deforestation or due to wildfires or changes in whatever habitat that no longer make it inhabitable, people are having to migrate. We’re looking at Afghanistan as a microcosm of the challenges the international community is going to face in the next 20 years with mass displacement and mass migration. We’re kind of interested in the longer journey.

You also have a dream to see technology play a role in breaking down the limitations that come with being labeled a “refugee.”

Technology has had an enormous impact across every sector you could possibly imagine. Take health care during the pandemic, the entire healthcare industry was flipped upside down. All of a sudden you have Zoom calls with your doctor. Then you look at the humanitarian aid ecosystem. It’s a space that for the most part has been left untouched, not disrupted by technology. Also, the challenge with the humanitarian aid system is it’s a billion-dollar industry, but with the purpose of supporting those in need. The ecosystem is quite broken. Like if you look at the average statistic of how long a refugee is at a camp, it’s 20 years. Wow. Now, if that was a startup, it’d be shut down within two years for incompetence for bad customer service.

(For refugees) the system perpetuates a cycle of segregation, poverty, and dependency. And as a result of that refugees have gotten a very bad reputation. I tell people, I was a refugee for eight years (but) that label does not have to stay with me for the rest of my life. I can do multiple things, I can be an economic driver in a country. I don’t have to be the recipient of aid. So I think the way that technology can really dismantle the system is by creating efficiency, creating transparency.