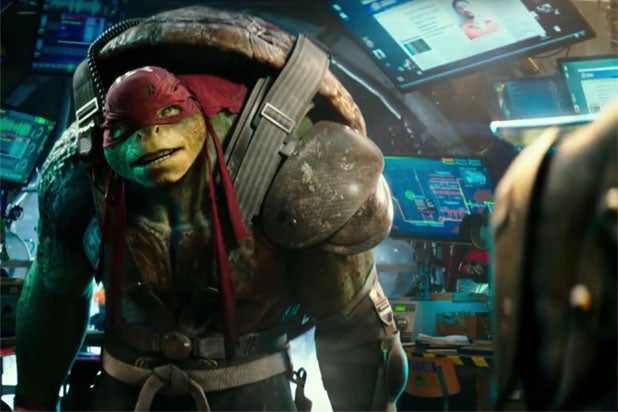 The Teenage Mutant Ninja Turtles may be heroes on screen, but in real life they may cause more harm than good.

According to the turtle protection organization American Tortoise Rescue, thousands of children purchased red-eared sliders, a type of turtle, after watching previous “TMNT” films. The organization fears sales will spike after the “TMNT” sequel “Out of the Shadows” opens this weekend. During these impulse buys, people tend to underestimate the responsibility it takes to care for the reptiles.

“After a brief period, usually a day or two, of caring for a turtle, most children become bored and lose interest,” explained Susan Tellem, the co-founder of the organization. “Parents will realize that frequent tank cleaning is not their cup of tea, and either neglect the turtle until it dies, toss them in a pond or river or cart them off to the nearest animal shelter or turtle rescue.”

There are also health risks associated with own turtles as pets. According to the Center for Disease Control, small turtles may carry Salmonella. They pose an increasingly significant risk for children because they are often handled as toys.

Another bonus of buying an action figure instead of a pet? The toy will actually bear more likeness to the fictional characters than a live turtle.

“Teenage Mutant Ninja Turtles: Out of the Shadows” opens in theaters June 3.