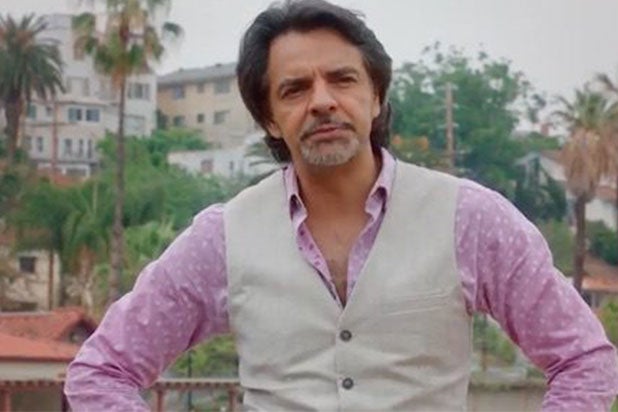 Based on the 2013 novel by Dave Eggers, “The Circle” stars Watson as Mae Holland, the newest employee of The Circle, a powerful social media company founded by charismatic tech guru Eamon Bailey (Hanks) and his partner Tom Stelton (Patton Oswalt). To gain further standing in the company, Mae takes part in The Circle’s top priority project which could forever change the standards of privacy and personal freedom. Soon, a mysterious colleague (John Boyega) approaches Mae and asks her to help him shut down the project, which soon comes to impact those Mae holds dear.

The film is directed by James Ponsoldt (“The Spectacular Now”), who also co-wrote the script with Eggers. The cast also features Ellar Coltrane, Glenne Headly, Nate Corddry, Karen Gillan and the late Bill Paxton. It is the first wide release in STX and EuropaCorp’s 3-year distribution deal, which also includes the summer sci-fi film “Valerian and the City of a Thousand Planets.” “The Circle” will be released in 3,163 screens and is projected by STX for a double-digit opening, while trackers estimate $13 million. EuropaCorp acquired “The Circle” for $8 million.

Pantelion’s “How to Be a Latin Lover” is a comedy from director Ken Marino that stars Eugenio Derbez as Maximo, a womanizer who marries older women for their money and gets the shock of his life when his 80-year-old wife of 25 years suddenly divorces him for a younger car salesman.

The film is written by Chris Spain and Jon Zack and also stars Rob Lowe, Kristen Bell, and Rob Riggle. Trackers have the film making $7 million this weekend.

WWE Studios and BH Tilt’s “Sleight” is also being released, which stars Jacob Latimore as a young street magician who is left to care for his little sister after both their parents die. However, he quickly turns to illegal activities and gets in trouble with the wrong people.

“The Fate of the Furious” is entering its third weekend and is approaching the $1 billion mark. Last weekend, “Fate” made $38.4 million domestically in its second weekend, which should put its third frame somewhere between $15-19 million if it takes a drop-off between 50-60 percent.

The Evolution of Emma Watson, From 'Harry Potter' to 'The Circle' (Photos)

The 27-year-old actress, who stars in “The Circle” opening Friday, has come a long way since her first Hermione Granger days

From her initial "Harry Potter" days to 2017's "The Circle," see how Emma Watson's acting career evolved, as well as her stunning beauty campaigns.