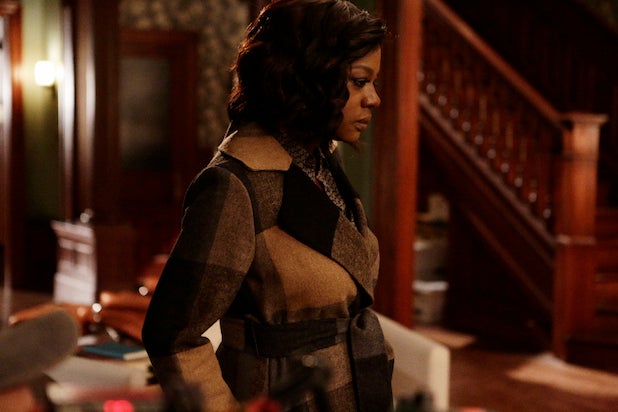 (Spoiler alert: Please do not read on if  you haven’t watched Thursday’s episode of “HTGAWM”)

We have a very strong and feasible idea, at least.

Thursday night’s mid-season finale of “How to Get Away With Murder” finally relieved us all of our anxiety and let us know who the mysterious person under the sheet was, but there’s still one (really a million though) lingering question that we all have: who started the fire that we all thought killed our beloved Wes (Alfred Enoch) and injured Laurel (Karla Souza)? It turned out to be a cover-up of sorts, accidental or otherwise, with Nate revealing that Wes was already dead before the fire started.

Even so, the fire itself is still a major plot point and the question of its origin needs to be answered.  And this week’s “HTGAWM” did provide us with a very big clue about who was responsible.

The theory we have now is that it was Annalise Keating (Viola Davis) herself.

Also Read: 'How to Get Away With Murder': What Was Mary J Blige Doing to Annalise's Hair?

Not on purpose though, it was definitely all an accident.

So remember how Annalise gave up drinking for about four episodes and started going to Alcoholics Anonymous meetings and stuff? Well forget all of that, because she went right back to vodka on tonight’s episode.

After meeting with A.D.A. Renee Atwood (Milauna Jackson), Keating had her suspicions that Atwood’s office was investigating her — and she was correct. Annalise then heads home, cracks open a bottle, lights up her fireplace and starts to burn pretty much all of her incriminating case files. In the process, she places the half-full bottle of vodka right on top of the fireplace at the very edge where it could easily be knocked over into the fire.

Also Read: 'How to Get Away With Murder' Star Comes Out... as Straight

Annalise drunkenly leaves her house, leaving the fireplace on and her front door kind of open.

And so that’s what happened.

Somehow that bottle got knocked over into the fire and caused a huge explosion–or so we think.

'How to Get Away With Murder': 9 People Annalise Keating Has Messed With (Photos)

To be honest, she’s probably messed with everyone on the show at least once

Annalise Keating (Viola Davis) is hands down the best lawyer in Philadelphia, which means she's also the queen when it comes to getting her way. Keating has probably manipulated everyone on "How to Get Away With Murder" at least once -- here are nine of the most memorable examples.