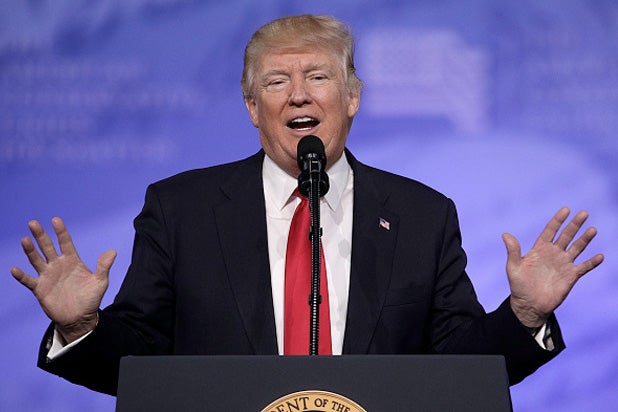 CNN will air the address live when it starts at 9 p.m. Eastern/6 p.m. Pacific on Tuesday, Feb. 28. CNN will cover the speech on its home page right here. It’ll also cover any protests or other events in relationship to the speech.

You can also watch the address live on CNN’s cable station, or stream it online with CNN Go, the station’s online service.

CNN Go lets you watch live TV programming from the station, but you’ll need a login for a cable subscription to access it. The same goes for the CNN Go app, which brings the show’s feed to mobile devices and tablets.

You don’t necessarily need a cable login to catch CNN’s feed, though. The CNN also uploads news stories to its YouTube Channel, and often streams big events live. While its coverage on YouTube probably won’t be live, you’ll undoubtedly be able to catch coverage and analysis of Trump’s address there.

There also is a lot for Trump to talk about after his first 30 days in office. It’s likely he’ll defend his executive order banning travelers from seven predominantly Muslim countries, for instance. The order has been the subject of protests and criticism. Iranian director Asghar Farhadi, whose movie “The Salesman” won the Best Foreign Language Film Oscar last weekend, even boycotted the 2017 Academy Awards because of the order. He used a statement read during the acceptance speech to protest the ban.

“The theme will be the renewal of the American spirit,” White House Press Secretary Sean Spicer said, according to a USA Today report. “The address will particularly focus on public safety including defense, increased border security, taking care of veterans, and then economic opportunity including education, job training, healthcare reform, jobs and tax and regulatory reform.”