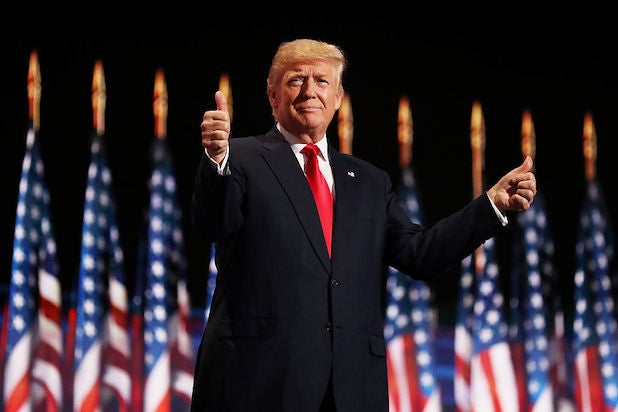 After a little more than a month in office, Donald Trump it set to give his first State of the Union-like address Tuesday.

The address to a joint session of Congress won’t quite be the traditional State of the Union, since Trump’s presidency is still in its early days and he can only give an official State of the Union address after being in office for a year. But the speech will offer Trump a chance to lay out his plans for the future, which include details on his infrastructure spending plan and immigration policies.

ABC News will stream the address live on its website when it starts at 9 p.m. Eastern, 6 p.m. Pacific on Tuesday, Feb. 28. You can watch the address itself via ABC News here, which is free and doesn’t require a TV provider login. You can also stream the address through ABC’s live TV service both online and with the ABC mobile app on smartphones and tablets. To do that, though, you’ll need a valid cable subscription login or satellite provider login.

ABC News’ coverage of the event on TV will be led by George Stephanopoulos and David Muir on ABC, and Amna Nawaz, Will Reeve LZ Granderson and Amy Holmes will anchor on ABC News Digital.

Trump has promised to use the event to lay out more details about his budget proposal for 2017, including the $1 trillion infrastructure spending plan he promised while campaigning. That spending bill will aim to repair American roads and bridges, and was a major talking point for the president on the campaign trail.

“The theme will be the renewal of the American spirit,” White House Press Secretary Sean Spicer said of the address, according to a USA Today report. “The address will particularly focus on public safety including defense, increased border security, taking care of veterans, and then economic opportunity including education, job training, healthcare reform, jobs and tax and regulatory reform.”

It’s also very likely immigration will be a major talking point for Trump. He’s been on the defensive ever since signing an executive order banning travelers to the U.S. from seven majority Muslim countries. The ban has met with widespread protest and legal challenges, and a federal appeals court ruled the ban would not be enforced until the courts can rule on its constitutionality. Trump will likely defend the ban and his tough stance on deporting illegal immigrants from the country.