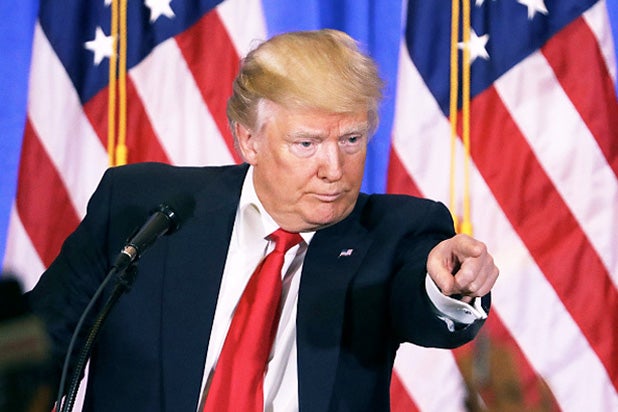 Friday, Jan. 20, 2017, will likely be dominated by the inauguration of Donald Trump as the 45th President of the United States of America. Love him or loathe him, the event is one that Americans across the country will look to watch, and you can do so live from anywhere with CBS News’ 24-hour online platform.

One thing there won’t be a shortage of is coverage of the event, but if you want to watch the inauguration unfold live, the best way is with one of the many livestreams being offered by news channels and cable networks. CBS News’ web platform is a particularly useful choice, because it allows you to pop out the feed into a discreet, smaller window. It’s perfect for keeping the feed going on your browser while you do other things.

There’s been no shortage of controversy following the President-elect as he prepared for his inauguration. Senate confirmation hearings for several of Trump’s Cabinet appointees have been slow, and many Democrat senators seem very opposed to his choices. Trump also took to Twitter in response to reports of Russian interference in the election, and possibly a connection with his campaign and transition team. He called CNN and Buzzfeed “fake news,” and criticized actress Meryl Streep after she discussed his behavior, without naming him, during her acceptance speech for the Cecil B. DeMille Award at the Golden Globes.

What’s more, a number of musical artists have reportedly turned down offers to or backed out of playing at the inauguration, including country singer Garth Brooks, tenor Andrea Bocelli, and Broadway star Jennifer Holliday. Country star Toby Keith, Mississippi rock band 3 Doors Down, and the Mormon Tabernacle Choir are among the performers slated to appear.

At last count, 62 Democratic politicians were boycotting the inauguration in protest of Trump’s behavior. The exodus began in earnest because of remarks Trump leveled on Twitter at Civil Rights leader and Georgia Congressman John Lewis, after Lewis said on Meet the Press he would boycott the inauguration, and didn’t consider Trump’s presidency to be a legitimate.