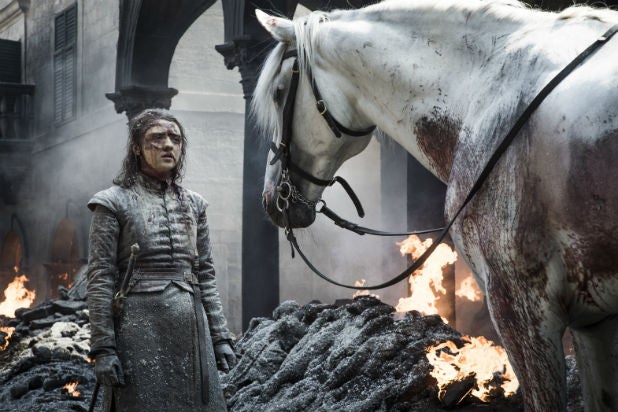 The 2019 Cannes Film Festival is underway, but a big question on some attendees’ minds might not be about a movie at all, but a TV series. That’s because many festival-goers are probably scrambling to figure out, “How in the name of Westeros can I watch the series finale of ‘Game of Thrones’ on Sunday?”

Since HBO NOW and HBO GO are not accessible for U.S. subscribers while in France, TheWrap has figured out how “Game of Thrones” fans can watch the final showdown in real time without having to learn who ends up on the Iron Throne through social media.

And don’t worry, it won’t take a prayer to the Old Gods and the New. But it will take either an HBO Europe subscription or having the right hotel room — or a friend in the right hotel room — because a Cannes attendee can view the series finale at the same time it airs in the U.S. via the French provider OCS (Orange Cinema Series).

So what you’ll need to do is check around to see if your hotel — or your friends’ hotels — is an Orange subscriber. If it is, then you can tune in to watch the episode on OCS City at 3 a.m. local time on Monday. There will also be a primetime airing at 9 p.m. local time, later that day.

If you happen to be an Orange subscriber yourself, then you can also stream the episode on demand after it concludes its linear debut.

The complete final season of “Game of Thrones” will also be available to purchase via digital download in France on Tuesday at midnight (overnight Monday) on iTunes, Orange, Canal+, Microsoft, Sony and Google.

If you are subscribed to UK Sky Go and Now TV (a subscription-based internet television and video-on-demand service that is a division of Sky Limited), you can watch the finale on your devices in any country in the EU.

In Germany’s official guide from Sky, for example, it says Episode 806 will be shown locally at 3 a.m. (GMT+2) on Sky Atlantic, which is the same time it airs on HBO in the U.S. (9 p.m. ET). That means you’ll be able to access the episode via Sky Go and Now TV at that time. Sky will then air the series finale again on Monday at 8:15 p.m. local time.

If you don’t have a subscription to either of those services, but do subscribe to HBO Go or HBO NOW there is a way to connect to those platforms using a VPN.

A VPN is a virtual private network that builds a secure tunnel between your device and the internet that allows you to mask your location. This way, you can “trick” the platforms into thinking you are still in the U.S. (for HBO) or in the U.K. (for Sky).

VPNs are legal (in most countries, including France), but we should note that some ways in which these VPNs could conceivably be used, such as torrenting, would constitute an illegal activity (which TheWrap would certainly never condone).

HBO tells TheWrap it is unaware of any planned finale viewing parties at Cannes. A spokesperson for the festival said all official screenings can be found in the Cannes program.

Of course, if this is all too much work for you: Fly home early, delete your Twitter app, or pray no one you talk to at Cannes reveals spoilers and wait until you’re back in the United States to watch the HBO fantasy series’ epic ending.