Looking for a new comedic, spooky show to watch or stream on Thursday nights this October? CBS’ “Ghosts” could be for you.

“Ghosts” premieres Thursday on CBS. Each episode will drop Thursday nights at 9 p.m. ET/8 CT and they will stream on Paramount+ the same day they air on CBS. The CBS App known as CBS All Access is now Paramount+, and you can also watch new episodes of “Ghosts” the day after they air on Hulu with Live TV.

The series is based on BBC One’s BAFTA-nominated sitcom of the same name, which is currently airing its third season. 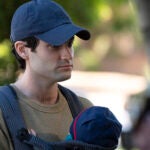 Comedy and creepiness unite in the show’s plot as chef Jay (Utkarsh Ambudkar) and freelance journalist Samantha (Rose McIver) spontaneously decide to fix up an inherited country property to convert it into a bed and breakfast.

Early into their fixer-upping, Samantha and Jay realize that the old, abandoned building on the property isn’t really abandoned. It turns out that ghosts of departed past residents have taken to haunting the house, and they are only visible to Samantha. 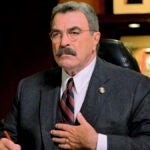 Trent O’Donnell executive produced and directed the pilot from a script by Port and Wiseman, based on the BBC Studios distributed format.