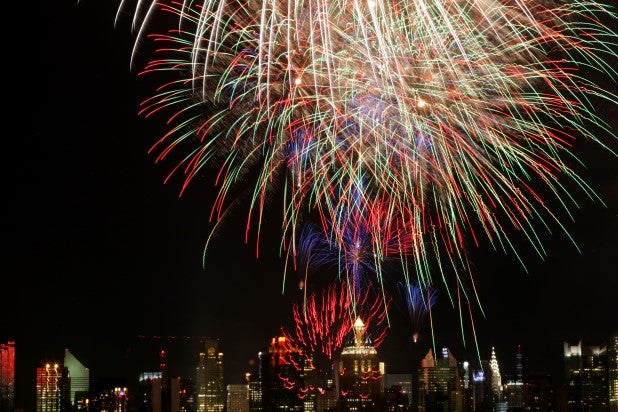 Fireworks are going to look a little different this 4th of July. But whether or not you decide to leave your house this Saturday, you’ll still be able to watch the “Macy’s 4th of July Fireworks Spectacular” on TV or stream it on your computer.

This year, Macy’s is changing things up by setting off different fireworks shows across New York City for the five days leading up to Saturday’s grand finale. The fireworks shows, which will be five minutes each and visible to residents of each of the city’s five Burroughs, began on Monday on the East River and off Coney Island. Macy’s has been waiting to reveal the locations of the shows until right before showtime in order to discourage the gathering of large crowds and encourage socially-distanced viewing.

The grand finale fireworks show, which will be longer than the smaller shows, will take place atop of the Empire State Building on the 4th, which falls on Saturday.

Performances from musical guests will include The Killers, John Legend,  Tim McGraw, Brad Paisley, The Black Eyed Peas, and Lady A, which was recently renamed from Lady Antebellum. Craig Melvin, co-anchor for the “Today” show, will be the host of the NBC broadcast.

Also Read: Netflix in July: Here's Everything Coming and Going

The big event will be broadcast live on NBC from 8-10 p.m. ET/PT on NBC, with an encore presentation, airing immediately after at 10 p.m. ET/PT.

You can also stream the spectacle on NBC Live on a computer, smartphone, or other mobile device using your television provider login. If you don’t have cable, other options for cord-cutters include YouTube TV, Hulu+ Live TV, and Sling TV. Or, if live somewhere with good reception and you want to get crafty, you can access NBC for free by attaching a relatively inexpensive indoor antenna, available for around $25 on Amazon, to your television set.

Dr. Elvis Francois, an orthopedic surgeon resident at the Mayo Clinic who goes by the stage name Dr. Elvis, will also be performing at the big event. He recently dropped an album called “Music is Medicine” in order to raise money for The Center of Disaster Philanthropy’s COVID-19 Response Fund.