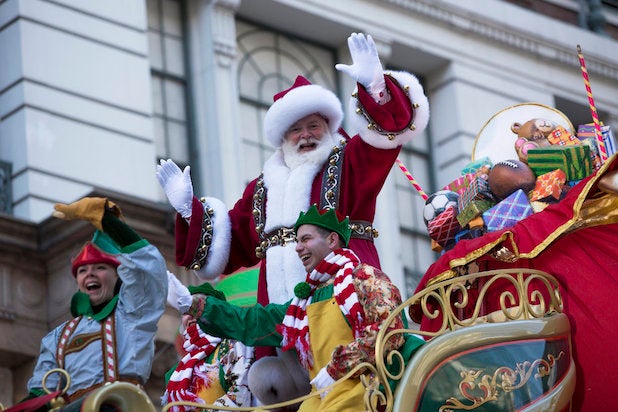 Want to avoid your family? Still too early for pigskin (or turkey meat, for that matter)? The 93rd Macy’s Thanksgiving Day Parade can provide a serviceable distraction during the Thursday morning hours.

But how does one actually watch this thing? Readers, you came to the right place. For starters, those looking for Snoopy and Santa can catch them the traditional way on NBC, which will carry the parade broadcast from 9 a.m. to noon local time in all time zones.

Additionally, for the fourth year in a row, Macy’s, NBCUniversal and Verizon are combining forces for a 360-degree livestream on Verizon’s YouTube page. The second-screen experience will stream from 8:30 a.m. ET to noon ET across multiple platforms, also including Verizon Media, XBox, and NBC.com.

As TheWrap exclusively reported last week, this Thanksgiving, that Verizon-powered option is going 5G and will incorporate hologram and augmented-reality features. Read all about that experiment here, and head to Bryant Park in person if you really want a unique perspective (that still involves screens).

We imagine the view from Harold Square’s bleachers isn’t so bad either, if you prefer to actually experience life.

The casts of Broadway shows “Ain’t Too Proud – The Life and Times of The Temptations,” “Beetlejuice,” “Hadestown” and “Tina – The Tina Turner Musical” will perform in Herald Square, as will parade staple the Radio City Rockettes.