The 2021 National Dog Show makes the perfect companion to the Macy’s Thanksgiving Day Parade. Who wouldn’t want to watch dogs prance around as a distraction from all the good Thanksgiving Dinner smells?

In this year’s show, over 190 breeds and varieties of canines, from Chihuahuas to Irish Wolfhounds, will compete for the title of Best in Show, along with $20,000 in prize money given out at the event.

The popular event has a long history — the Kennel Club of Philadelphia had its first purebred show in 1879 and it became an annual event in 1933.

Is the 2021 National Dog Show Streaming?

While the actual show was held on Saturday, Nov. 20 and Sunday Nov. 21, NBC will air the 20th Annual National Dog Show on Thursday, Nov. 25 at 12pm in all time zones, following the Macy’s Thanksgiving Day Parade. Streaming options include NBC.com, Hulu Live and YouTube TV. There will also be a kid-friendly option: The National Dog Show Junior, which will combine highlights of the breed judging and Best In Show with features on the science of dogs, junior handlers, dog agility training, and what makes them great pets. The National Dog Show Junior will air and stream at 2p.m. ET on Peacock and NBC. Matt Iseman, Laurie Hernandez & kid reporter Anna Laible will host the kids special. 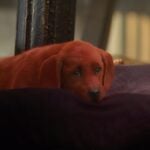 Also Read:
How to Watch ‘Clifford the Big Red Dog': Is the Family Film Streaming?

The Biewer Terrier, now officially recognized by the American Kennel Club, will enter into the competition under the Toy Group. Biewer is pronounced like the dam-building beaver, and this breed descends from black and white Yorkshire terriers.

What Kinds of Dogs Attend the Show?

The judges will evaluate the dogs in seven groups. The groups in order appear as follows: The Sporting Group, The Hound Group, The Working Group, The Terrier Group, The Toy Group, The Non-Sporting Group and The Herding Group. Purebred pooches compete in various events before a set of judges. Dogs make their way to the National Dog Show through earning points. A dog will begin its show career by competing to become a “champion.” To earn an AKC Championship title (and to be able to place Ch. in front of his/her name) the dog needs to win 15 points at AKC shows. Points are earned by defeating other dogs of the same sex and breed in classes held specifically for non-champions. Points used to determine national rankings are recorded by the AKC and based on the number of dogs defeated. For each dog defeated at a dog show, the other dog gets one all-breed point. The top dogs in the country easily have more than 50,000 points in a given year. 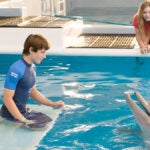 Also Read:
Winter, the Bottlenose Dolphin From the ‘Dolphin Tale’ Films, Dies at 16

How Does the Judging Work?

According to the program for this year’s show, “The judges examine the dogs and place them according to how closely each dog compares with the judge’s mental image of the perfect dog as described in the breed’s official standard.”

The main criteria include the dog’s overall appearance, temperament, structure and movement. The judges are looking for characteristics that allow the dog to perform the function for which their breed was bred. For the Best of Breed category, a dog must first be judged the best of many dogs of its same breed competing in the show. Some breeds have more than 100 dogs entered. The winner of the breed moves on to the Group judging. For the First in Group category each of the 209 AKC registered breeds and varieties are assigned to one of seven groups (Sporting, Hound, Working, Terrier, Toy, Non-Sporting, and Herding) representing characteristics and functions for which the breeds were originally bred. By winning the Group competition, that dog joins an elite group of winners of the seven group competitions that go on to compete for the ultimate Best In Show award, the coveted gold and blue ribbon, and to become winner of The National Dog Show.