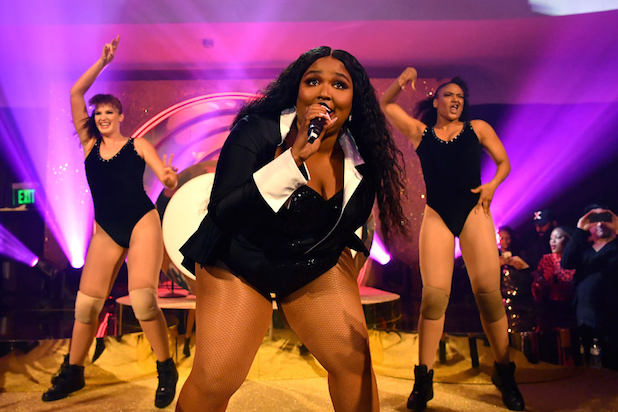 If you’re looking to catch Lizzo, Ariana Grande, Demi Lovato and Billie Eilish performing at the 62nd annual Grammy Awards on Sunday night, but aren’t sure how to watch it, we have you covered.

The show, being broadcast live from Staples Center in Downtown Los Angeles, will air on CBS at 8:00 p.m. ET for old school TV viewers. And if you’re looking to (legally) stream the Grammys, CBS All-Access, which costs $5.99 per month on the low end, will be carrying the ceremony. Customers with Hulu with Live TV or YouTube TV will also be able to watch the show.

Live coverage of the red carpet will be streaming on Grammys.com.

This year’s show comes amid explosive accusations from Deborah Dugan, the former National Academy of Recording Arts and Sciences, who said — in an email that came out earlier this week — that she was sexually harassed by the Academy’s general counsel. Dugan also said that her predecessor, Neil Portnow, had been accused of rape, among several other complaints about the Academy.

In an interview on “Good Morning America” on Thursday, Dugan called into question the Academy’s “tainted” nominations process.

“The system should be transparent and there are incidents of conflict-of-interest that taint the results,” she said, noting that Ed Sheeran and Ariana Grande this year missed out on a Song of the Year nomination because another artist — who did get a nomination — sat on the committee’s nominating category and is represented by a board member of the Recording Academy.

On the topic of nominations, Lizzo leads this year’s artists with eight total nominations, including for Album and Song of the Year. Lil Nas X and Billie Eilish are tied for second place with six nominations each. Ariana Grande, H.E.R. and Finneas O’Connell each earned five nominations.

Here’s a look at a few of the top categories: