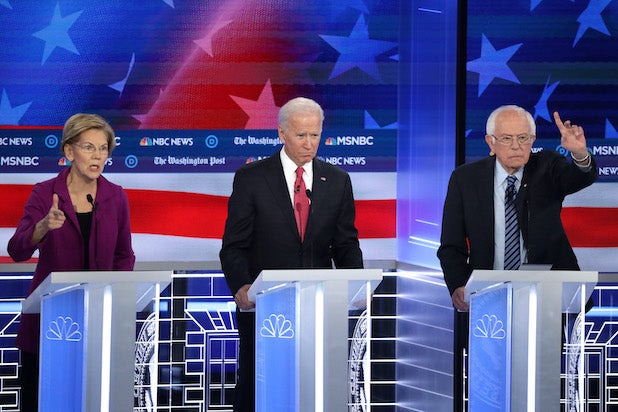 The sixth and final Democratic debate of 2019 will be held Thursday night at Loyola Marymount University in Los Angeles. The debate features the smallest field to date, with only seven candidates qualifying.

The seven qualifiers are:

Also Read: How to Watch the House Vote on Impeachment of President Trump (Video)

The debate will be broadcast by PBS and co-hosted by Politico, and begin airing at 8 p.m. ET/5 p.m. PT.

In addition to PBS, the debate will also simulcast on CNN. It will also livestream here. PBS NewsHour’s Judy Woodruff, Amna Nawaz, and Yamiche Alcindor and Politico’s Tim Alberta will serve as moderators.

Former New York City Mayor Michael Bloomberg entered the race with an expensive and aggressive advertising campaign. Sen. Kamala Harris, who was unable to build on the momentum from her initial debate outing, suspended her campaign in early December. With Harris’ departure, Yang will be the only candidate of color on stage.

And on Wednesday night — the night before the debate — the U.S. House of Representatives voted to impeach President Trump on charges that he abused the power of his office and obstructed Congress. The impeachment — which now moves to the Senate — is expected to be a major topic of discussion. Senators Klobuchar, Sanders and Warren have already stated they will do their Constitutional duty when it does.

Health care is expected to also to be a major topic of discussion.