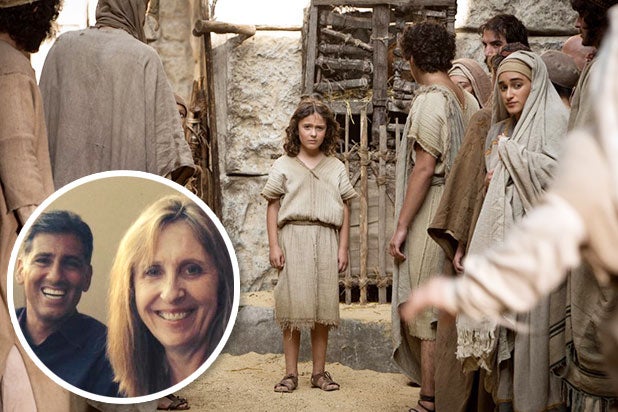 My husband, Cyrus, and I are asked often how as a married couple can we work together. Do you argue? Do you yell? Do you storm from the room, leaving a trail of tears and torn paper? All right, perhaps the questions don’t get that graphic, but there’s a curiosity about the drama that imagination creates, even longs for.

Truly, working together is a fulfillment of a promise we shared unspoken from the start. We came into our marriage as writers. We understood each other and that very specific calling. It’s hard to explain to people who don’t have that particular need or urge or talent or predisposition — whatever you want to call it. Neither of us question it, it just is. And it’s extreme in its way. It demands risk, sacrifice, and poverty at times — and sure, there were frayed edges along the way — but it’s all we could do, all we can do.

Writing is the very specific commonality at the core of our relationship.

But it’s not just similar work ambitions we shared, there was taste and outlook, values and purpose. Those conflicts are rare. We have different strengths or weaknesses, whichever way you want to look at it. And that’s a gift. We trust each other’s opinions, insights, and suggestions more than any others. That’s honest, not a compromise to keep the peace, but real respect.

Ah, but the details! We have separate offices at opposite ends of the house. Cyrus works with music and TV on. I need absolute silence. We’re both night owls, but can write any time of the day. Cyrus plays tennis to escape his thoughts. I take walks with the dog. And sometimes we just don’t want to talk about it.

Certain projects appeal just to one of us. But others, like “The Young Messiah,” call both our names. We just “get” it somehow. From that, we begin to get into specifics. Do we see it the same way? Can we combine our individual senses of it to create something better than either of us could do alone? Once we do, we get to work. We research both together and separately, mentioning sources to each other as we find them. Then we outline, beating out the acts, the actions, cementing where we start and where we want to end.

One of us usually writes the entire first draft, though every project has a little different profile. For “Young Messiah,” I wrote the first draft. However, every 10 or 20 pages, I would hand it to Cyrus to see if I was on the right track, if I was sticking to the spine, if it was resonating with him — feedback is invaluable. Oddly, we rarely resist each other, though it may sound like that if an ear were at the wall! It’s not personal. Even I get that, which is a shocker when I can get a little too sensitive about other things.

Writing the first draft gives an inherent advantage, because that person is inside the story in a way no one else is. After that draft, the other person runs it through his or her computer. For “Young Messiah,” that’s when Cyrus began to get really inside the story as well. We started bouncing it back and forth. Some rewrites or additions that I thought were hard, he found easy and vice versa. Two brains in sync are a lot better than one, especially when you hit a wall, a problem, or a dead end  —  then spitballing is the only way to punch through it. Sometimes it takes a load of spitballs to knock down a wall.

Naturally, we just plain disagree sometimes. Never too long it seems. Completely different takes on a subject appear at the onset, and if so, we don’t share that project.

All this said, the real reason probably it doesn’t get too nasty, or too personal, or we don’t start pulling out the big guns is because we are not competitive with each other, for which we thank God. In this one way, we’re always on the same side. We’re a team, win or lose. Call it 35 years together, call it sharing children and a home, call it friendship, need, love, desire, desperation, pragmatism, whatever. It’s marriage. It’s not perfect. It’s not always a laugh riot, a success, or a romance, but it’s ours. Together. Even when he doesn’t know what he’s talking about.

"Chronicles of Narnia": The CGI-filled fantasy franchise and religious allegory took in nearly $1.6 billion over three films.
View In Gallery
BIO Betsy Nowrasteh
Betsy Nowrasteh co-wrote the screenplay for the film "The Young Messiah" with her husband, Cyrus, who also directed it. The film is based on Anne Rice's novel "Christ our Lord: Out Of Egypt" and opens nationwide on March 11.

Betsy Nowrasteh co-wrote the screenplay for the film "The Young Messiah" with her husband, Cyrus, who also directed it. The film is based on Anne Rice's novel "Christ our Lord: Out Of Egypt" and opens nationwide on March 11.