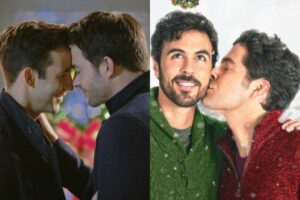 The finale of “Tosh.0” on Tuesday marks the end of an era for Comedy Central, one that was dominated by talent-driven variety series that helped to launch the careers of Amy Schumer and Jordan Peele.

But as the long-running clip show hosted by Daniel Tosh ends its 12-year run, Comedy Central finds itself in a much different world. When “Tosh.O” premiered in June 2009, President-elect Joe Biden was a few months into his tenure as vice president, Netflix was the company that mailed you DVDs and the cable bundle was thriving.

Now the cable bundle is leaking like a sieve and streaming dominates the entertainment landscape, as individual networks lose some of their independence.

Tuesday was initially not supposed to be the end of “Tosh.0’s” run. In January, Comedy Central ordered an additional four seasons, spanning 80 episodes, of “Tosh.0” and signed the comedian to a first-look deal. But amid executive shuffles and new mandates from ViacomCBS leadership, the network has charted a new path that will succeed or fail based on viewers’ nostalgia for ’90s-era cartoons.

The change in strategy began unfolding late last year after Kent Alterman, who had led the network since 2016, left shortly after Viacom and CBS formally announced their re-merger. Alterman was a 20-year veteran of Viacom who had helped shape much of Comedy Central’s identity, shepherding series like “Key & Peele,” “Broad City” and “Inside Amy Schumer” during a time many consider to be Comedy Central’s creative high point.

The network is now in the hands of Chris McCarthy, an MTV veteran who is now in charge of ViacomCBS’ MTV Entertainment Studios unit (previously known as Entertainment & Youth Group). Under McCarthy, Comedy Central is staking its future on animation, which has increased its visibility in a year when most other production has shut down during the COVID-19 pandemic.

This year alone, Comedy Central has given series orders to reboots of classic animated series including “Ren & Stimpy” and “Beavis & Butt-Head” along with a spinoff of “Daria” called “Jodie.” The three new animated series will join a year-old revival of “Crank Yankeers” and “South Park,” which is heading into its 24th season and is renewed through Season 26.

All those reboots were developed by MTV Studios, which was launched two years ago with the aim of rebooting old series from the MTV and Viacom catalog (both “Beavis & Butt-Head” and “Daria” aired on MTV, while “Ren & Stimpy” was a staple of Nickelodeon). MTV Studios is also rebooting “Clone High” and “Celebrity Death Match,” though those two do not currently have a network attached. Former Marvel Studios executive Grant Gish was brought in to oversee a new adult animation unit for ViacomCBS

The network also canceled the live-action “Drunk History” after 7 season and shuffled off live-action comedies like “South Side” and “The Other Two” to WarnerMedia’s rival streaming service HBO Max (not its own fledgling streamer Paramount+). That leaves “Awkwafina Is Nora From Queens” as the only live-action scripted series left at the network.