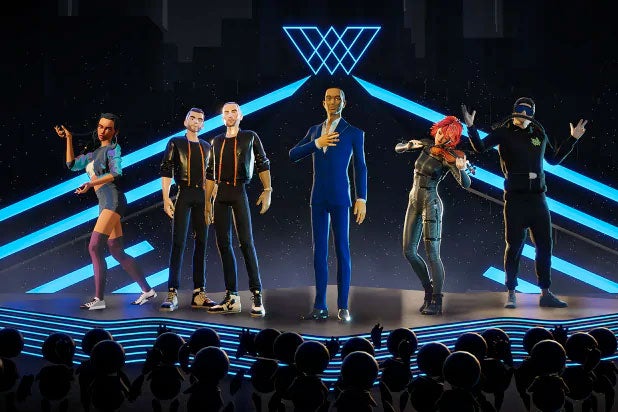 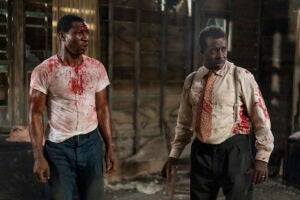 How Virtual Concert Platform Wave Plans to Save Live Music

”There’s a parallel between the evolution of esports and what’s happening in broader virtualization, including virtual concerts,“ Wave’s Jarred Kennedy tells TheWrap

Eight years ago when Tupac Shakur’s hologram was billed to perform at Coachella, the idea seemed almost unthinkable to most. But now as the coronavirus pandemic continues, artists and fans are increasingly turning to live streaming platforms and companies like Wave, a Culver City-based software firm that creates avatars of the musicians and hosts them at virtual online concerts.

Wave is trying to capitalize on the unique situation that puts their tech in high demand: It’s not every year that nearly all in-person concerts get canceled at once.

Similar to recent efforts at Epic Games, which brought in 12 million viewers across the globe for a Travis Scott in-game virtual concert in April, Wave is creating a way for artists to simulate a live show and make up for money lost because of canceled tours. Artists including John Legend, Tinashe, Lindsey Sterling and Glitch Mob are several of its recent virtual performers. Wave also linked with TikTok Aug. 7 to put on a virtual show for The Weeknd to drive donations to the Equal Justice Initiative.

Wave uses technology similar to game development engines to create its virtual shows and said its hosted more than 50 concerts since launching in 2016. Most of these shows take place either on the company or artist’s YouTube channel, but Wave’s apps also let users tune in on gaming consoles, phones or the Oculus Rift VR headset. While watching a Wave, viewers can log in to comment in a chat function and give live feedback to the avatar performers, who can also respond.

Wave is trying to capitalize on the unique situation that puts their tech in high demand: It’s not every year that nearly all in-person concerts get canceled at once.

The company recently hired Jarred Kennedy, former head of global entertainment at “League of Legends” developer Riot Games, to oversee its push towards eastern expansion and becoming a household name.

Kennedy spoke with TheWrap about how his past experience at Riot will influence his work at Wave, and the trajectory he predicts for the music business during COVID. This interview has been edited for length and clarity.

Also Read: Inside 'Fortnite' Creator's Epic Legal Battle With Apple and Google - And Who Has the Upper Hand

How has the pandemic impacted the virtual concert business?

Wave was on this path before the pandemic started. The challenges that the music industry is facing with live events does create more opportunity for us to collaborate with more artists because of the fact that there’s more availability. There is no touring at the moment. We’re very bullish on this idea that even as concerts come back, we’re going to have the opportunity to be another platform for artists to engage with their fans in creative ways. But yes, in the short term, the pandemic has opened up more opportunity for us to experiment and build alongside artists.

In the space of virtualization, we were already on the path, but the pandemic has accelerated that transition. If you look at the youngest generation, this is a very normal part of how they experience engaging with their favorite celebrities or friends in a virtual environment. People go into ‘Fortnite’ to hang out as much as they go to play. So we think this is already a trend that was well underway, but when you have something like a global pandemic, there are more people willing to try more things sooner and Wave is in the middle of all that right now and benefiting from that willingness to expand into virtualization faster than we expected.

What are your goals at this new company and what motivated you to join?

One thing I’ll be diving into initially is how we scale Wave, including collaborating with more partners both on the creative side and the distribution side and continuing to innovate on the business model in ways that we can engage with fans and artists to build this new way of experiencing music into what we think it can be.

Wave just seemed really well-positioned because of the capabilities of the team, the relationships with artists and their tailwind they have because of the way the world is moving to capture this opportunity.

Tell us more about the plans to expand the business.

It starts with the idea that audiences are increasingly global. What we need to do is to figure out how we can bring the content we’re creating with artists to as many fans as possible, and I think that’s one element of diversification and geographic expansion is looking at markets and saying, “Where are the fans and how do they engage, where do they congregate?” And make sure we’re bringing the content to them.

Also Read: Twitter Is Forever? How Herman Cain and Other Dead Stars Maintain Accounts From the Grave

How did working at Riot prepare you to go into the virtual live events business?

I worked at Riot for seven years, and during that time I had a front-row seat to all the changes that happened in the gaming industry around massively multiplayer free to play games and the esports ecosystems that grew up alongside it. There’s a parallel between the evolution of esports and what’s happening in broader virtualization, including virtual concerts, and there’s some real similarities between what Wave is doing and what happened with esports a few years ago where it started out a little bit outside of the mainstream but there was a deeply committed and engaged fan base that was passionate about it and was growing.

You have two different forces happening simultaneously. The core base is growing and becoming a larger percentage of the total mass audience. Gaming became more and more mainstream with every year that passed and that continues — and at the same time as it becomes bigger, the people who are adjacent to it and are less likely to go to an esports event (or virtual concert) see the excitement and are drawn in because there’s already a thriving community there. So it becomes almost safer to enter into a new space that might feel a bit different.

What types of gaming technology is Wave using to create its virtual concerts?

First and foremost, gaming is global, and it’s at a massive scale at this point. If you have a successful game like “League of Legends” or “Fortnite,” these games reach up to hundreds of millions of people all around the world. Gaming technology allows you to scale interactivity to that level, and that’s unlike anything we’ve seen in entertainment previously.

If you go to a concert, there’s call and response, and there are ways you can interact with the crowd as a performer but not to the same level as what you can do in a virtual environment. The technology that gaming brings to the table allows massive crowds to aggregate and experience something shared, but do so in a way that feels personal and interactive. I think that’s extremely powerful. We saw this with esports, and I think we’re going to see this with concerts as well.