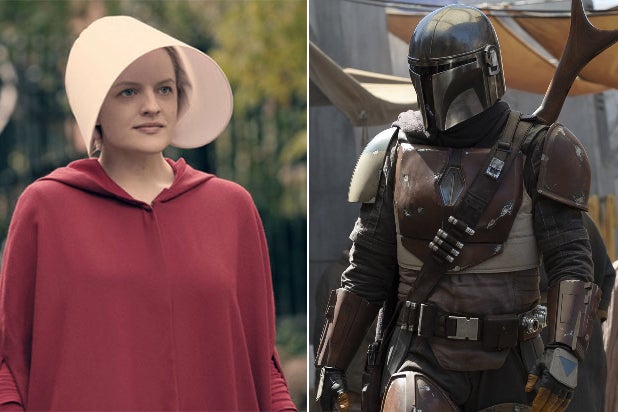 When Disney finally closes its deal to acquire 21st Century Fox’s film and TV assets early next year, the company will gain — among many things — ownership of Hulu, which has never before had just one company hold a controlling stake.

But with Disney also readying the launch of its own Disney-branded streaming service next year, it will now have ownership of two competing streaming services, which begs the question: How will Disney be able to launch Disney+ while allowing Hulu to continue to grow?

Analysts and experts who spoke to TheWrap believe that it will be possible for Disney to capably maintain Hulu while getting Disney+ off the ground, but acknowledge there could be some choppy waters ahead if all companies involved — namely Disney and Comcast — don’t play nice with each other. WarnerMedia and Comcast, which collectively own 40 percent of Hulu, declined to comment for this story.

“Disney’s first priority must be to make Disney+ a winner right out of the gate,” said Todd Klein, partner at venture capitalist firm Revolution Growth. Disney is banking on five key brands for Disney+. They are Disney, Marvel, Lucasfilm, Pixar and National Geographic (which it’s getting from Fox).

“Any content — Disney, Fox, ABC, etc. — that more closely resembles the Fox brand and isn’t otherwise encumbered, will go to Hulu for the time being, so Hulu will actually get better,” Klein said.

During Disney’s fourth-quarter earnings call Nov. 8, CEO Bob Iger said Disney is committed to growing Hulu. “We aim to use the television production capabilities of the combined company to fuel Hulu with a lot more original programming, original programming that we feel will enable Hulu to compete even more aggressively in the marketplace,” he said.

Streaming video has become the next gold rush for media companies. Along with Disney and WarnerMedia, 2019 will see Apple and Walmart join a marketplace that is quickly filling up, as everyone is chasing Netflix. With so many more options, the battle for consumer dollars is only going to get more intense.

“If people are only going to subscribe to six services, if Hulu and Disney+ are two of those six, that’s a big win for them,” said Alan Wolk, co-founder and lead analyst at media consulting firm TV[R]EV.

But Wolk argues that Disney should have focused on expanding Hulu, which already has 20 million subscribers, rather than spending on a new service.

“If it was me, I would’ve probably put everything into Hulu,” he said.

Disney is betting that Hulu’s audience is different enough from Disney’s traditional audience to make both streaming services worthwhile. Hulu’s “The Handmaid’s Tale,” for example, doesn’t fit into the family friendly brand that Disney has cultivated for decades.

Klein said that owning 100 percent of its own streaming service is better for Disney than owning 60 percent of Hulu and sharing with a competitor.

“Standing up a streaming service isn’t easy, and if they could take 100 percent ownership of an operating business with 20 million subscribers already, they’d much prefer that path,” he said. “Knowing this, I’d be surprised if Comcast would let go so easily, especially given how badly they wanted Fox and didn’t get it.”

Disney and Comcast have engaged in multiple bidding wars, first for the 21st Century Fox assets, which Disney won, and then for European pay-TV company, Sky PLC, which Comcast eventually won.

But now Comcast, which still has its 30 percent stake in Hulu, will have to play nice with Disney. Iger appeared to offer an olive branch on the call. “Anything we do with Hulu will be done with an eye toward being fiscally responsible to the other shareholders, even though they’re minority shareholders,” he said.

In August, Iger hinted that Disney could offer Disney+, Hulu and its sports-themed ESPN+ for a discounted rate if subscribers buy all three.

Would Comcast and WarnerMedia be OK with Disney using Hulu to help funnel subscriptions into Disney+?

Klein argues that the data Comcast and Warner collect on Hulu consumers is valuable enough for them to stay on as minority shareholders — as long as Hulu isn’t burning a hole in their wallet.

“If the data is shared broadly and the burn rate is modest, Comcast and Warner are probably quite comfortable letting Disney build value in Hulu, because every dollar Disney invests benefits them disproportionately,” he said.

Plus, Comcast doesn’t have its own direct-to-consumer business yet. “Its going to be weird, they’ll have to figure it out,” said Wolk.  “In the ideal world, Disney and Comcast should try and get along.”