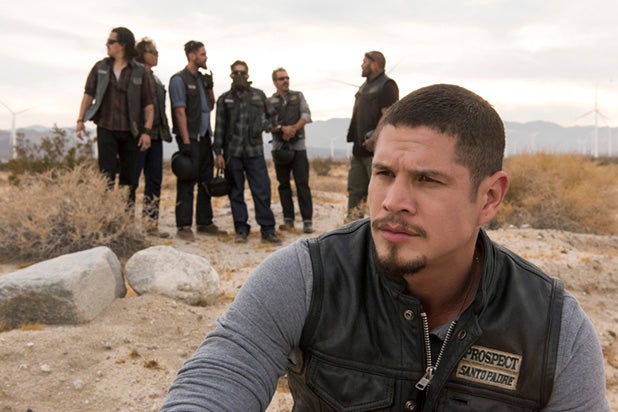 Can a biker gang and Mickey Mouse get along?

The merger, which should close early next year, will put FX under the same corporate umbrella as Disney’s family-friendly fare like “Aladdin” and “Toy Story.” “You can’t put the FX and the Disney brands together,” John Landgraf, CEO of FX Networks and FX Productions, told TheWrap during the Television Critics Association press tour this summer. “Disney’s the best family brand on the planet, but FX is not a family brand.”

FX is part of a deal that also includes the Fox film and TV studios, U.S. cable network NatGeo, international properties including Sky PLC and Star India as well as Fox’s one-third stake in the streaming service Hulu. Disney is already a content behemoth with Marvel, Lucasfilm and Pixar in its stable. And each of those properties have one thing in common: They fit inside Disney’s brand of being family-friendly.

This is one of the more interesting wrinkles of Disney’s upcoming acquisition of Fox: How will the company integrate such a large swath of intellectual property, some of which falls outside of its well-curated brand? “Mayans M.C.,” for example, centers on a new recruit to the Mayans biker gang, and as anyone who is familiar with Sutter’s work on “Sons of Anarchy” can attest, these probably aren’t the shows you want to watch with Grandma.

Disney is not the only media giant to have its toes in many different smaller brands. Comcast owns NBCUniversal and film studio Universal; AT&T, already owners of DirecTV, just purchased Time Warner for $85 billion. But Disney, more than any other major media company, has taken great pains to craft a specific image of itself.

“I think they just have to make that switch into Disney the Company vs Disney the Brand, and hope that consumers can figure that out,” said Alan Wolk, co-founder and lead analyst at media consulting firm TV[R]EV. But he adds that the average viewer may not even be aware of the corporate strings that are being pulled behind the curtain: “I don’t know how many people realize that Disney owns ABC and ESPN and a bunch of other networks.”

TheWrap has reached out to a Disney spokesperson for comment on this story. During an August earnings call, Disney chairman Bob Iger said, “We have always believed we have the brands and content to be extremely competitive and to thrive alongside Netflix, Amazon and anyone else in the market, and adding the Fox brands and creative assets such as Searchlight, FX and National Geographic to Disney, Pixar, Marvel, Lucasfilm, and ABC will make our DTC products even more compelling for consumers,” Iger said at the time.

For Landgraf, the fact that Disney and FX appear so diametrically opposed to each other is a good thing: each covers a blind spot the other has. “It’s kind of thrilling for us, to be honest, to be contemplating the thought of becoming a part of a company that doesn’t do what we do and really wants what we do,” he said. “I assume they’ll keep them separate.”

Wolk argues that, if Disney fans for some reason started to get turned off by having their favorite company be associated with the edgier fare of an FX, the company could easily turn right around and sell it off.

“It’s not like there would be a shortage of buyers for FX,” he said. “In the scheme of things, it’s a small company.”