Think of a TV drama that started as an edgy cult hit and zoomed to cultural prominence over the past 20 years, and Howard Gordon may well have been among the producers. Now, as show-runner for Fox’s "24," he has amassed an impact that he never reached with the dark fable "Beauty and the Beast," "Angel," or even the long-running hit "The X-Files." He talked with Eric Estrin about what it takes to make a great show last and why he senses failure always lurking in the shadows.

I would say this season has been the most challenging. We really didn’t have an idea. We actually wrote a series of scripts that went down one direction. It was wrong, and then we stopped it, and it went down another direction and frankly we realized that was wrong and then finally found our way in the third iteration of the show, only to be derailed by the writers’ strike.

So I mean it was a very, very challenging year, and one that I’m happy about creatively. 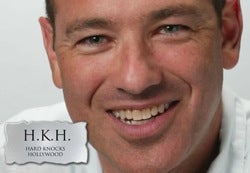 I keep on feeling that we’re pulling things out of our butts, and I’m amazed every time we do it.

The ratings and the reviews seem to bear out the fact that we rose to the challenge. The fact that we’ve been able to do it for this long is really just a function, honestly, of commitment and of persistence. There’s no other prescription than having a highly acute sense of self criticism and being persistent.

It becomes year to year an increasingly difficult thing to do.

The truth is I’m aware in a profound way of how lucky I am.  At times this whole industry is a game of musical chairs and I’ve gotten the chair for a very long time, but I know that it’s like a matter of time.

The business is contracting; it’s getting harder and harder; the economics of it are disastrous, and you know, I’m doing all I can to hold on with both hands.