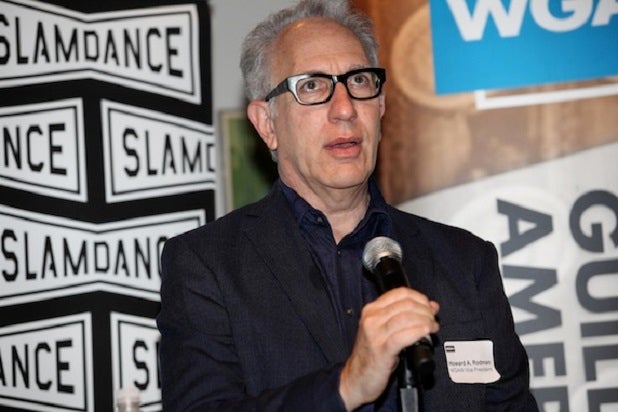 Howard A. Rodman has been elected as the new president of the Writers Guild of America West, the union said Monday.

The two-time vice president of the WGAW received 1,557 votes to defeat opponent Joan Meyerson, who had 749 votes. He will replace current WGA West president Chris Keyser, who was prevented by guild rules from seeking a third consecutive term.

Rodman has been active in guild politics for more than a decade with screen credits on “Joe Gould’s Secret,” “Savage Grace” and “August.” He’s also a professor and former chair of the writing division at the USC School of Cinematic Arts and an artistic director of the Sundance Institute Screenwriting Labs.

David Goodman will serve as Rodman’s vice-president and Aaron Mendelsohn will be secretary treasurer.

The number of eligible WGA West voting members was 8,778. A total of 2,401 valid ballots were cast, representing 27 percent o voter turnout. The ballot count was supervised by Votenet Solutions.

Former WGA president Patric Verrone, who unsuccessfully ran for a State Senate seat last year, was elected to the board for a one-year term to fill the vacancy created by Mendelsohn’s election to the Secretary-Treasurer position.