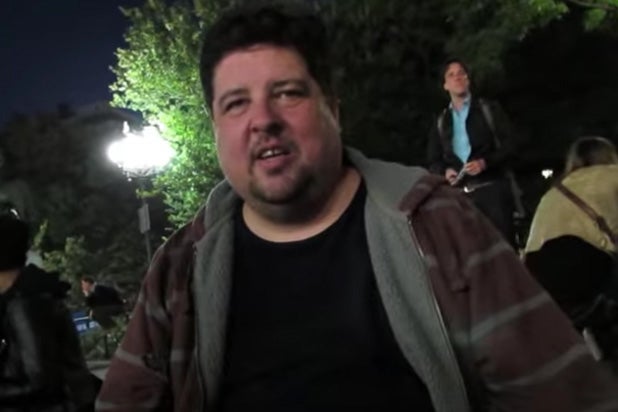 Joey Boots, a radio personality and member of “The Howard Stern Show’s” Wack Pack, was found dead in his apartment Friday by another member of the clique, High Pitch Erik — and the grisly discovery was aired live on a podcast.

Boots, who was 49 and whose legal name was Joseph Bassolino, was best known for his catchphrase “Baba Booey,” often shouted during live news broadcasts to the delight of Stern’s loyal fans. He was a member of the Wack Pack, Stern’s motley crew of non-professional radio guests who have become pop culture personalities in their own right due to the popularity of the show.

Fellow Wack Packer High Pitch Erik went to Boots’ apartment when he failed to show up for a podcast, and according to audio of the show obtained by TMZ, persuaded the building manager to let him in when Boots’ didn’t answer the door.

Once inside, the two discovered Boots slumped over in a chair and “ice cold,” according to Erik’s voice on the podcast. The hosts quickly ended the live broadcast to call Erik privately.

The last couple years have been sad ones for the Wack Pack. “Crackhead Bob,” best known for his speech impediment, died in February, and Wack Packers Eric the Actor, Riley Martin and Johnny Fratto have also passed in the last two-and-a-half years.

Listen to audio from the sad discovery on the podcast below: