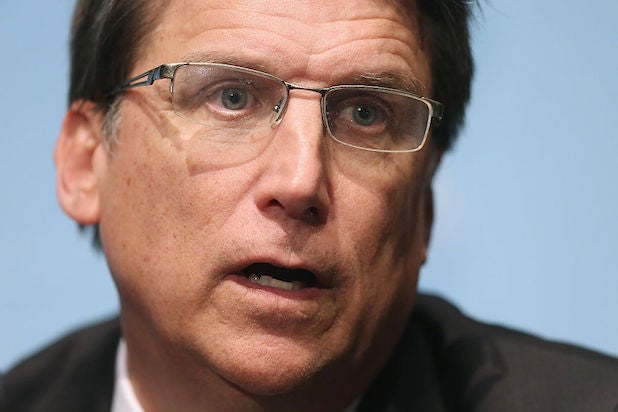 Human Right’s Campaign, the country’s largest LGBT advocacy group, is denouncing North Carolina Gov. Pat McCrory’s executive order on Tuesday, which rolls back some of the provisions of the state’s anti-LGBT “bathroom law.”

“The governors actions are an insufficient response to a terrible, misguided law that continues to harm LGBT people on a daily basis,” HRC’s legal director, Sarah Warbelow, told TheWrap in a statement. “The North Carolina Legislature must act to right this wrong as swiftly as possible.”

The condemnation came in response to McCrory’s executive order to “clarify” the state’s controversial anti-LGBT law.

In a videotaped message the state’s Republican governor says he is dropping the part of the provision that requires people use bathrooms matching the gender on their birth certificates.

While the policy will remain in schools and government buildings, the governor now says businesses can decide their “own policy with regard to restrooms, locker rooms and/or shower facilities.”

This law sparked intense backlash from LGBT groups and big businesses, including several Hollywood studios. Known as “the bathroom law,” the legislation prohibits transgender people from using public bathrooms that don’t match the gender they were assigned at birth.

On Friday, Bruce Springsteen showed the state who’s boss, canceling his Greensboro, North Carolina, show scheduled for Sunday in response to the law.