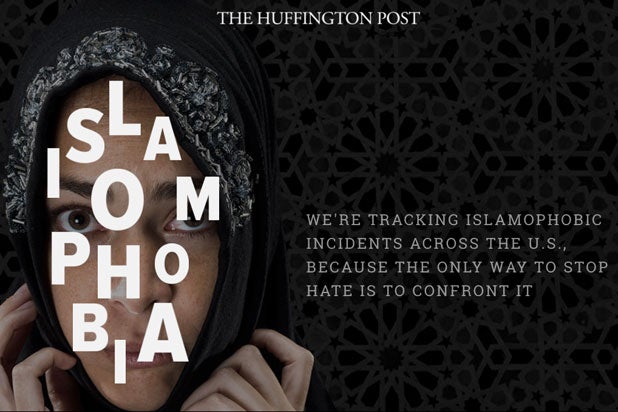 The Huffington Post has launched a section of its website dedicated to tracking acts of Islamophobia, the news outlet announced on Thursday.

Claiming that acts of violence and intimidation against Muslims in America have gotten worse than in the weeks and months following 9/11, the site says, “The breadth and severity of Islamophobia in America can no longer go unnoticed. Enough is enough.”

At the time of writing, the number of incidents so far this year stands at 28, though the site admits, “A comprehensive list of discriminatory acts against American Muslims might be impossible, but The Huffington Post will document this deplorable wave of hate for all of 2016 using news reports and firsthand accounts.”

That number isn’t the only content on the site’s Islamophobia vertical, which also uses an elegant interface to explore each act in greater detail. Examples featured include anti-Islamic legislation and campaign rhetoric alongside mosque vandalizations and hate crimes committed against Muslims.

HuffPo social media editor Rowaida Abdelaziz announced the section’s launch, tweeting, “Its wild that some think Islamophobia isn’t real. So @HuffingtonPost will be tracking it.”

Also Read: Muslim Says Trump Audience Taunted Her: 'You Have a Bomb' (Video)

The section also includes a link at which users can report anti-Muslim acts to Abdelaziz or HuffPo national reporter Christopher Mathias.