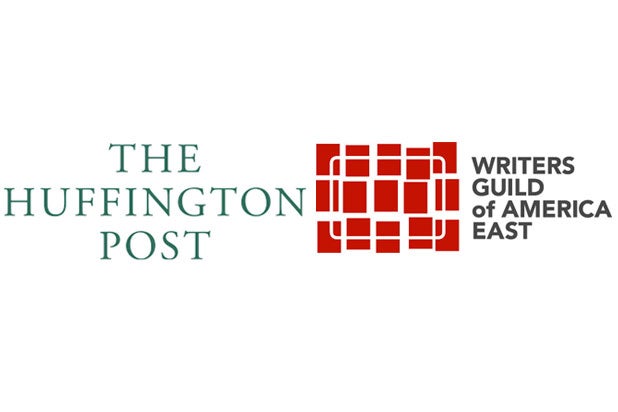 The Huffington Post is in talks to unionize with Writers Guild of America East, the news outlet announced Wednesday.

Lowell Peterson, executive director of WGAE, said that the move stems from the impact of digital technology on the way information is disseminated, and the way stories are crafted, distributed and consumed.

“Collective bargaining is transforming the way writers, editors and video employees in digital media build their careers,” he said. “We look forward to working with the editorial employees at Huffington Post, men and women whose skill and dedication are evident in their work and in the strength of their collective voice.”

The Huffington Post’s organizing committee sent a letter to the company’s staff titled “Why We Are Organizing,” which says that the union will give employees “a voice in our newsroom’s future” while noting that some of the reasons they want to unionize, including the improvement of compensation, establishment of proper standards for hiring, firing, and disciplinary actions, and the broadening of diversity and editorial freedom.

In June, Gawker unionized with WGAE after 75 percent of its editorial staff voted affirmatively.

It was a first for a digital newsroom and comes at time when unions are eroding and journalism is a fast-moving field in constant upheaval.

As you may have already heard, some of us have been in talks with the Writers Guild of America, East to organize a union. Our effort is still young, and we want to hear from everyone. The more people involved, the better the ultimate outcome will be. We’ve heard from our editor-in-chief. Now let’s talk to each other.

The creative freedom we enjoy is one of the things that makes HuffPost a great place to work. We believe organizing is the best way both to preserve what’s already working and to bring about positive change. Simply, a union will give us a voice in our newsroom’s future. Our colleagues at ThinkProgress, Salon, The Guardian US, Gawker, Vice and Al Jazeera America have all come to the same conclusion

Below are some of the reasons why we want to unionize. They are just a starting point.

Compensation & Pay: One of the chief goals of unionizing would be to make pay and compensation more transparent and equitable. Creating compensation standards is one of the basic elements of a union contract. We hope to negotiate salary minimums (not maximums); clarify the relationship between workload, pay and titles; and create a fair, regular process for raises.

Clear Job Responsibilities: It is natural for one’s job responsibilities to shift over time depending on the needs of the company, and the freedom to collaborate with colleagues and work flexibly is one of the things that makes HuffPost great. But dramatic changes to employees’ workload and responsibilities, made without employee input, hinder our ability to produce our best work. Through contract negotiations, we hope to establish protocols for changing or adding work responsibilities, and adjusting compensation accordingly.

Establishing Standards for Hiring, Firing and Disciplinary Actions: We need to hire the best people possible in order to keep doing great work. The current hiring process is lengthy, highly subjective, and involves too many levels of review. We miss opportunities to bring on talented people as a result. We would like to see a hiring process that is efficient and sensitive to the needs of our various teams.

Terminations and disciplinary actions should also be transparent and fair. In order for HuffPost to attract and retain the talent we need to be competitive, we should have standards and procedures in place for judging performance, allowing employees to improve based on feedback, and, if it’s appropriate, letting people go. A union contract could allow us to set clear standards, as well as a process to protest unfair disciplinary actions and termination.

Diversity: HuffPost has taken a strong editorial stance in favor of diversity, but this diversity is not reflected among the staff. We would like to formalize our commitment to inclusivity in hiring, and keep HuffPost accountable to that commitment. A union is a formal mechanism to advocate for each other and to address systemic issues at the company on an ongoing basis.

Editorial Freedom and Independence: The only way to ensure HuffPost reporters and writers can hold the monied and powerful accountable is if they are guaranteed protection from retaliation. By negotiating a contract, we hope to formalize HuffPost’s commitment to fearless journalism so that powerful people and institutions can’t use their influence to dictate our coverage or squash stories that are unflattering.