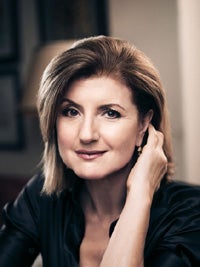 The Huffington Post, itself the target of sale rumors earlier this year, has made an acquisition of its own.

Arianna Huffington announced today that she has acquired Pollster.com, a site that tracks and analyzes political poll results and polling methods.

The deal was first reported by the New York Times. Terms were not disclosed.

"It's going to beef up our political coverage," Huffington told the Times. "Polling, whether we like it or not, is a big part of how we communicate about politics. And with this, we'll be able to do it in a deeper way. We'll be able to both aggregate polls, point out the limitations of them, and demand more transparency."

“I will have much more to add later,” Pollster editor and publisher Mark Blumenthal wrote in a blog post confirming the acquisition, “but for now let me just say how excited we are to joining forces with Huffington Post, as the change will ultimately super-charge everything we do. If you are a fan of Pollster.com, I assure you that what you like will stay the same, including our mission, editorial voice and commitment to providing a forum for better understanding poll results, survey methods and the polling controversies of the day. What will improve will be the overall quality of our site, the power of our interactive charting tools and even greater efforts to promote transparency and disclosure of polling methods.”

The sale comes on the heels of a similar deal the New York Times struck last month with Nate Silver’s to host his polling-focused FiveThirtyEight.com blog.

Both the Times and Huffington Post are looking to beef up their coverage ahead of November’s midterm elections.

Interesting side note: As Jim Romenesko points out, Huffington said in 2004 that "polls are polluting our political environment, and there is an urgent need to clean it up."