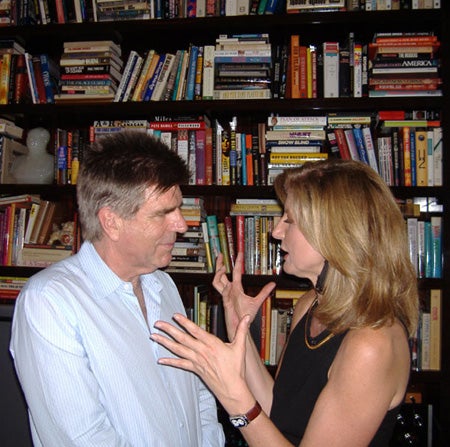 Arianna introduced the new section like this: “During my life, I have experienced just about every emotion. But I have never been bored. And that's because of books.”

“More than half of our traffic comes from people who are not interested in politics,” Huffington told me in August.

In the last two years, the site has launched a number of verticals, including entertainment, living and style. She said HuffPo planned to launch the books section followed by technology and sports – both slated to debut this month.

Huffington, the author of 12 books of her own, said that “instead of my signing another book contract, we are launching a Books section.”

The site will also host New York Review of Books articles before the print version, part of a branded partnership with the 45-year-old magazine.

Amy Hertz, editor-at-large at Penguin, will serve as the site’s editor.

"We want to get people excited about books again, to remember why they are so important, and to spark a thousand conversations,” Herzt added. “About everything from 'Is Google the best thing that's ever happened to books or the worst?' to 'Who will sell more books, Sarah Palin or Dick Cheney?'"