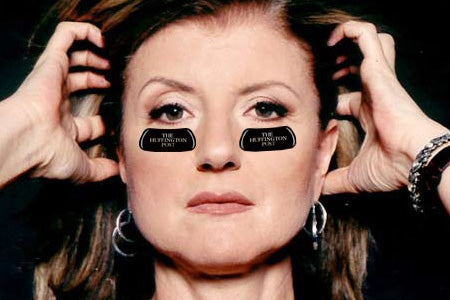 Arianna Huffington has written plenty of books. And she knows plenty about technology, having recently partnered with Facebook to link her Huffington Post with the social network.

Nonetheless, those are three new verticals the Huffington Post is rolling out in the next two months, Huffington told me.

“More than half of our traffic comes from people who are not interested in politics,” Huffington said. In the last two years, the site has launched a number of verticals, including entertainment, living and style. Next month, HuffPo will roll launch the books and technology sections next month. HuffPo Sports will follow in October.

“We always knew that with our core values of news and opinion and community, we wanted to cover more than just politics,” Huffington said. “We needed to speak to more than that, to move like an Internet newspaper.”

In November, HuffPo completed a $15 million round of fundraising – with that money earmarked to help the site expand into local markets (HuffPo Chicago, New York and the upcoming Denver and L.A. editions) as well as fund more investigative journalism to compliment its aggregation.

According to Nielsen NetView, the Huffington Post had 7.8 million unique visitors in July and over 180 million page views.