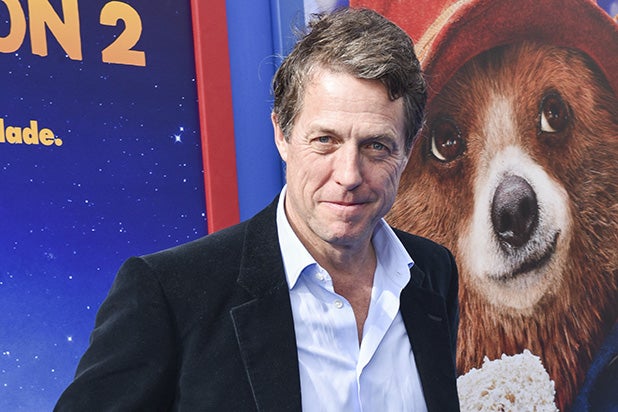 Hugh Grant is embroiled in a very English scandal after politely asking a thief to “please” return a script that was stolen from his car.

The “Paddington 2” actor tweeted Sunday that someone broke into his car and stole a bag inside, which he says contains a script with his handwritten notes on it, as well as possibly his children’s medical cards.

“In the unlikely chance that anyone knows who broke into my car tonight and stole my bag, please try and persuade them to at least return my script,” Grant said. “Many weeks worth of notes and ideas. And perhaps my children’s medical cards.”

Grant also tweeted an address of a film company in London where anyone with information or even the perpetrator can return the stolen items.

Representatives for Grant did not immediately return a request for comment.

It’s unclear what script Grant was working on, but he’s currently filming Guy Ritchie’s “Toff Guys,” and he recently signed on for “The Undoing,” an HBO drama from “Big Little Lies” creator David E. Kelley that also stars Nicole Kidman and Donald Sutherland.

Grant was recently nominated for a Golden Globe for his work on “A Very English Scandal” opposite Ben Whishaw, and was also nominated for a Screen Actors Guild award for the series.

In the unlikely chance that anyone knows who broke into my car tonight and stole my bag, please try and persuade them to at least return my script. Many weeks worth of notes and ideas. And perhaps my children’s medical cards. Coach Films ,Ealing St Mary’s Ealing Green W5 5EN*