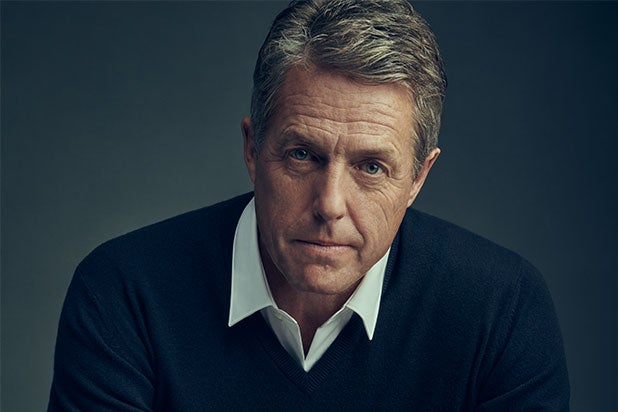 Photo by Jason Bell (Courtesy of The Lede Company)

Hugh Grant and Sophia Lillis have joined the cast of Paramount and eOne’s untitled “Dungeons & Dragons” adaptation, an individual with knowledge of the deal told TheWrap.

Michelle Rodriguez, Chris Pine, Justice Smith and Rege-Jean Page also star in the film that will be written and directed by Jonathan Goldstein and John Francis Daley.

“Dungeons & Dragons” — based on the tabletop fantasy game “Dungeons & Dragons,” or “D&D” as it’s often called by gamers and the kids on “Stranger Things” — will be one of the first under Hasbro’s AllSpark Pictures banner. The company also has projects inspired by other toys, including “Mr. Potato Head” and “My Little Pony,” as well as a movie based on “Monopoly” that’s set up at Lionsgate starring Kevin Hart.

More than 40 million fans have interacted with or played “D&D” since it was first published 46 years ago, including video games and livestream entertainment on Twitch and YouTube.

Hugh Grant most recently starred in HBO’s “The Undoing,” for which he received Golden Globe, SAG and Critics Choice Award nominations. Before that, he starred in “A Very English Scandal,” which gave him his first Emmy nomination. He is currently in production on Guy Ritchie’s “Five Eyes,” which will be his third collaboration with the filmmaker after “The Man From U.N.C.L.E.” and “The Gentlemen.”

Lillis can currently be seen opposite Paul Bettany in “Uncle Frank.” Her other credits include the “It” films as well as the Netflix series “I Am Not Okay With This.”