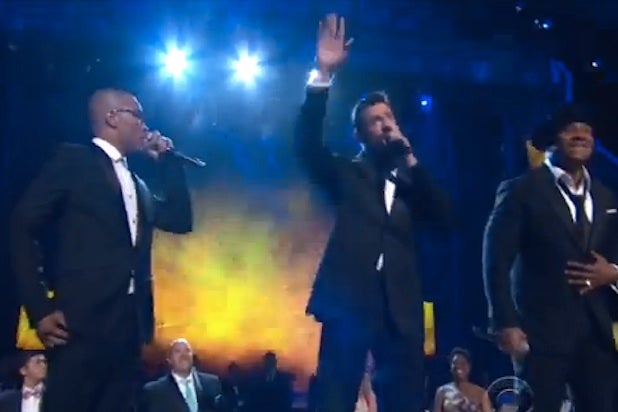 Tony Awards host Hugh Jackman labored to demonstrate Sunday that a 1957 tune from “The Music Man” was one of the first rap songs. He enlisted LL Cool J and T.I. to help him.

LL was being a team player: His “NCIS: Los Angeles” airs on CBS, which aired the Tonys. It was unclear why T.I. played along.

“Broadway composer Meredith Willson, he might have actually created one of the very first rap songs ever in 1957,” Jackman opined.

And so began a performance of “Rock Island” destined to go down in Tonys history as either show-stoppingly ambitious, or ridiculously embarrassing.

“He’s a music man and he sells clarinets to the kids in the town with the big trombones and the rat-a-tat drums,” T.I. rapped, leaving the lyrics unaltered.

Watch the performance below: