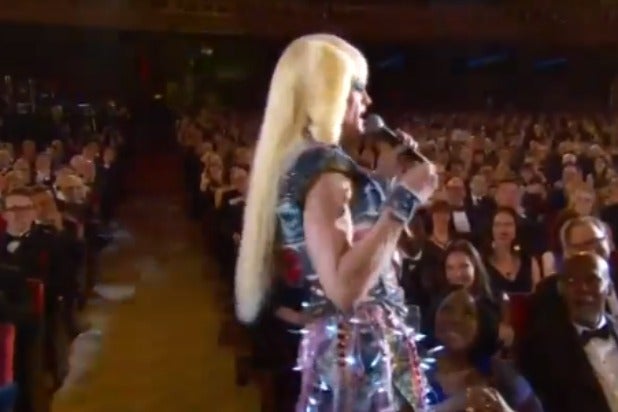 Neil Patrick Harris‘ number from “Hedwig and the Angry Inch” was the showstopper of the Tony Awards.

The actor licked Samuel L. Jackson‘s glasses and bounced on the laps of Sting and Kevin Bacon as he performed the role of Hedwig, an East German survivor of a botched sex-change operation.

On Broadway, Harris licks the glasses of a lucky member of the audience. But Sunday he made use of Jackson’s spectacles.

Harris’ co-star, Lena Hall, joined him onstage with the band from the musical, which won Best Revival. Harris won for Lead Actor in a Musical and Hall won for Featured Actress.